The renovation and extension project of St. Eugenia Catholic Parish was initiated to support the growing number of visitors, activities and services within the congregation. The existing structures – a stately property built at the end of the 19th century facing Kungsträdgården and a brick church from 1982 – were thoroughly investigated to achieve a proposal attune to the cultural and historical significance of the place.

Due to historic perseveration of the street facing property, a discreet additional floor replaces an attic and roof structure in need of repair. The copper clad addition, which will become housing and common rooms for priests, slopes towards the street with the intention of being invisible from the vantage points in Kungsträdgården.

To integrate the existing structures, a two-story atrium is proposed above the church square, situated between the two buildings. The large central space, wrapped with interior mezzanines and illuminated from skylights and clerestory windows, connects parishioners to meeting rooms, educational facilities, and a large hall. The materiality and form of the new functions take influence from the existing church – utilizing fiber cement blocks, lime plaster, light concrete, oiled wood and copper. 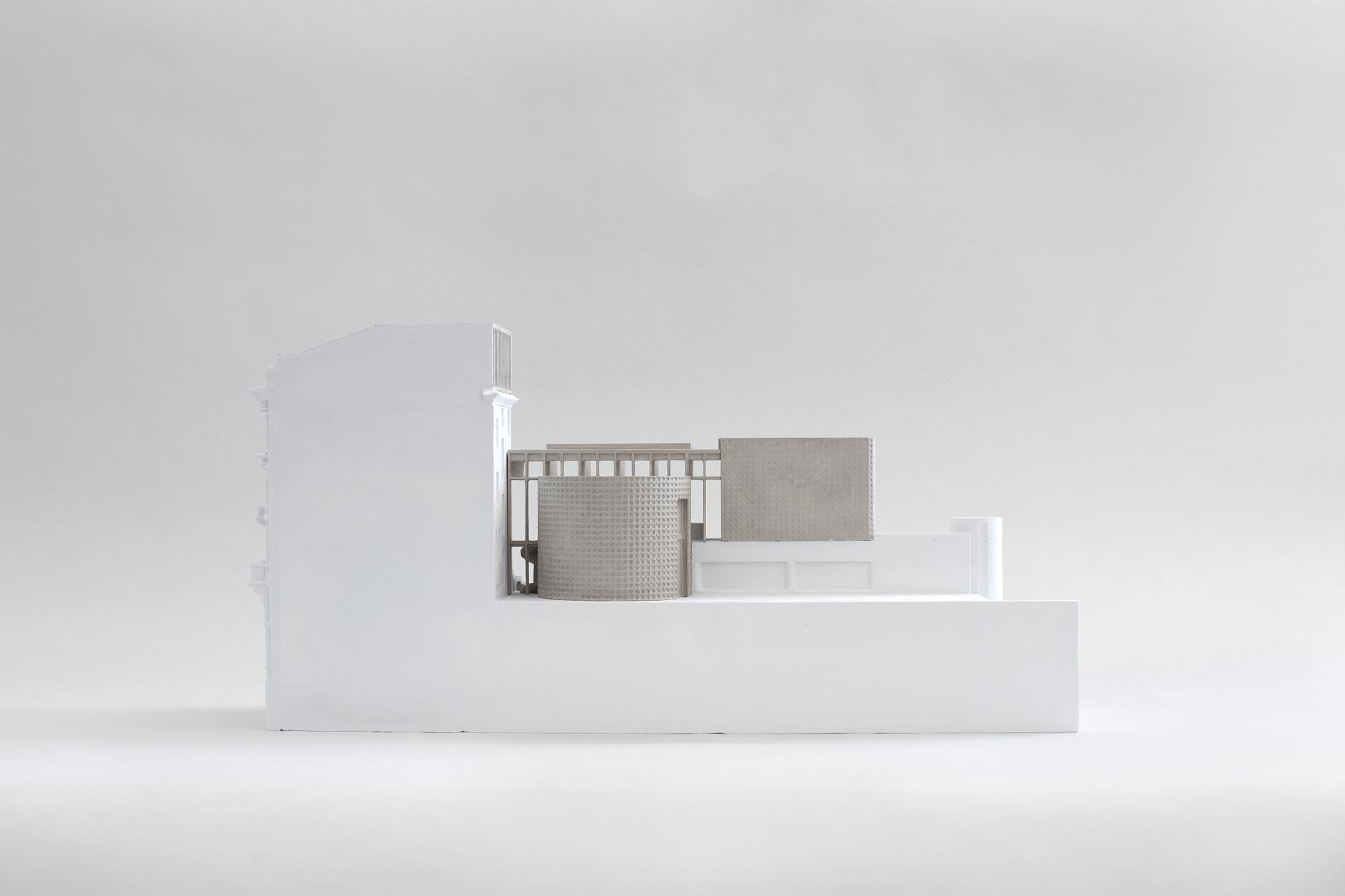 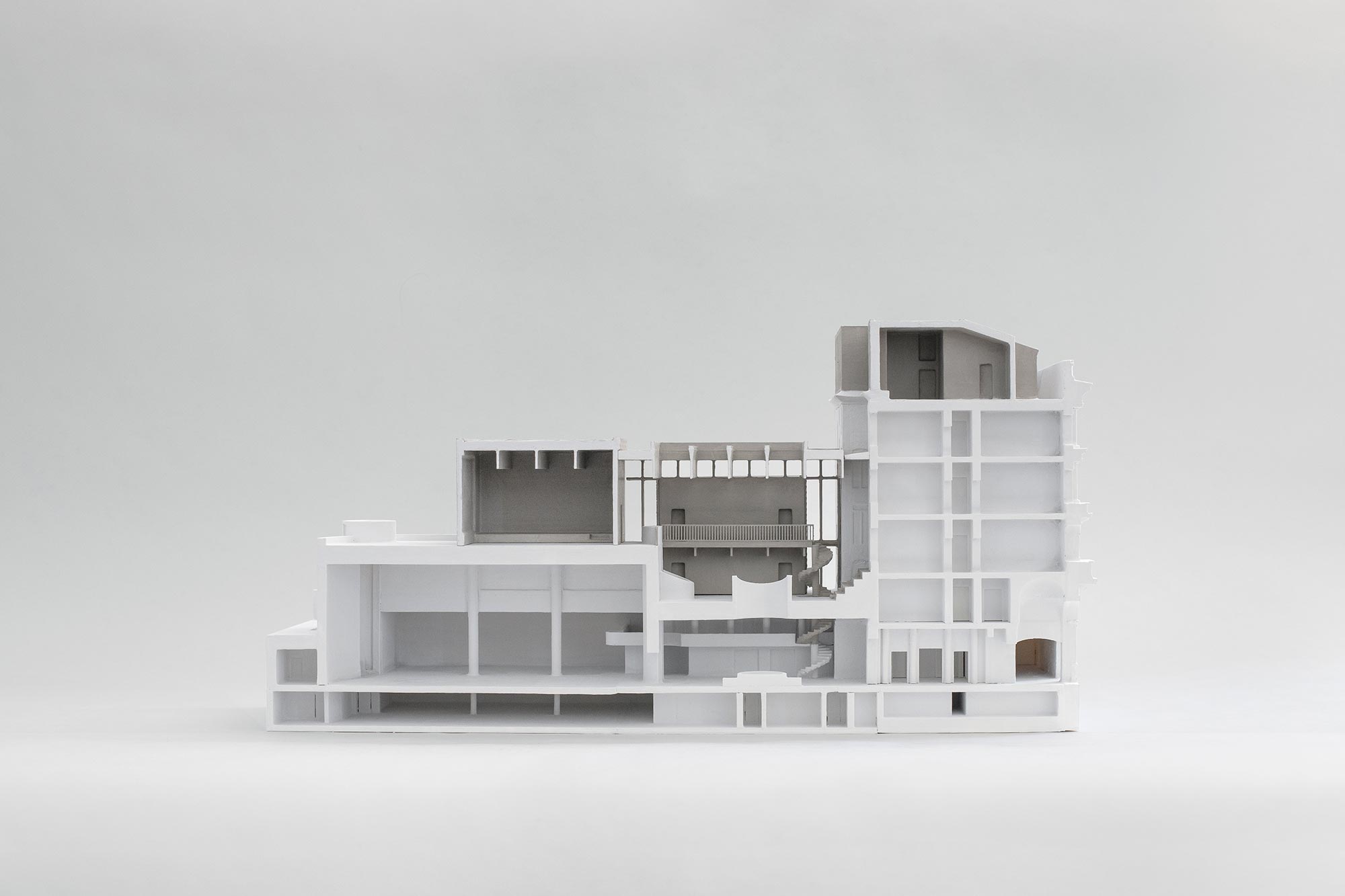 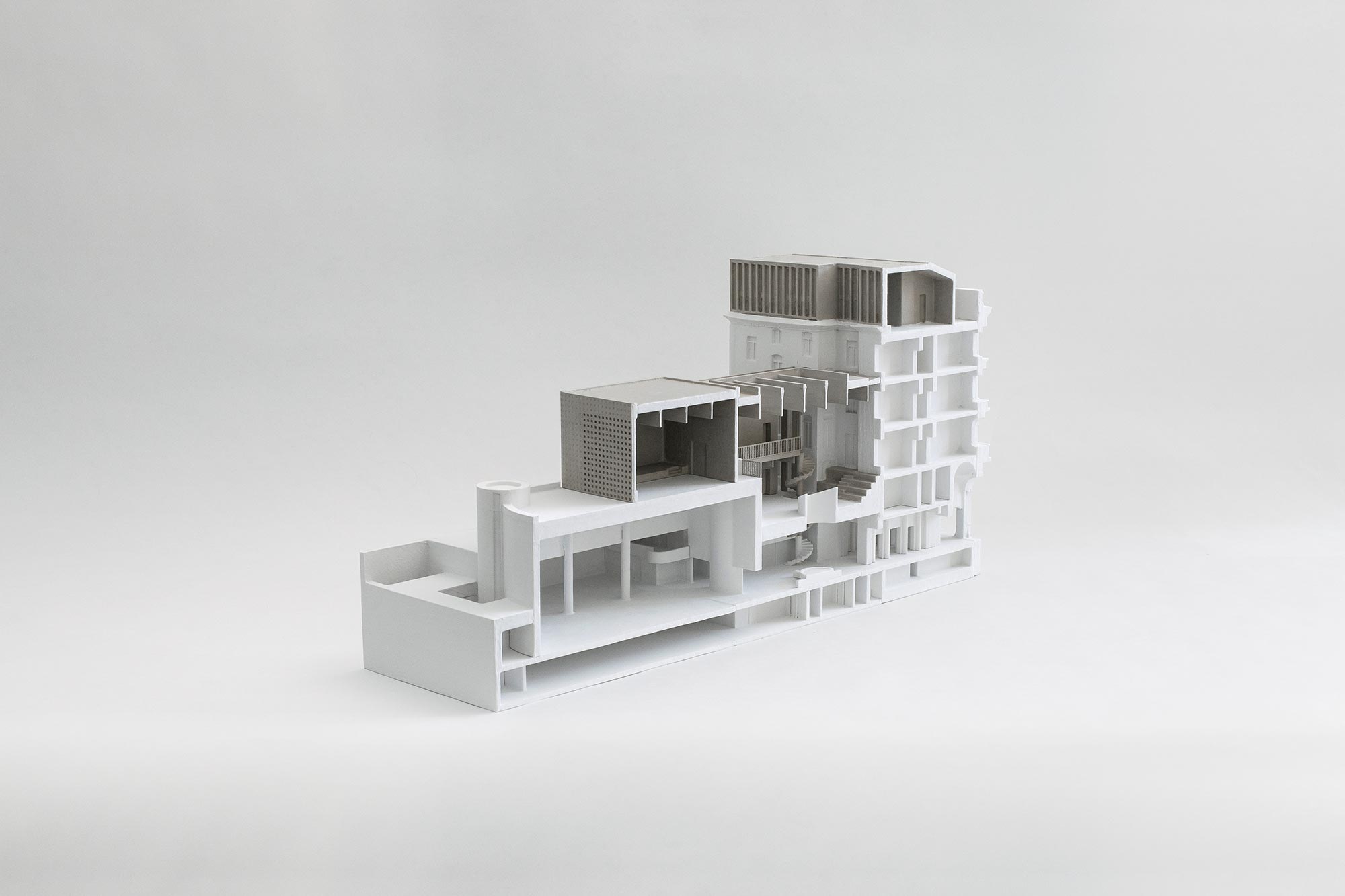 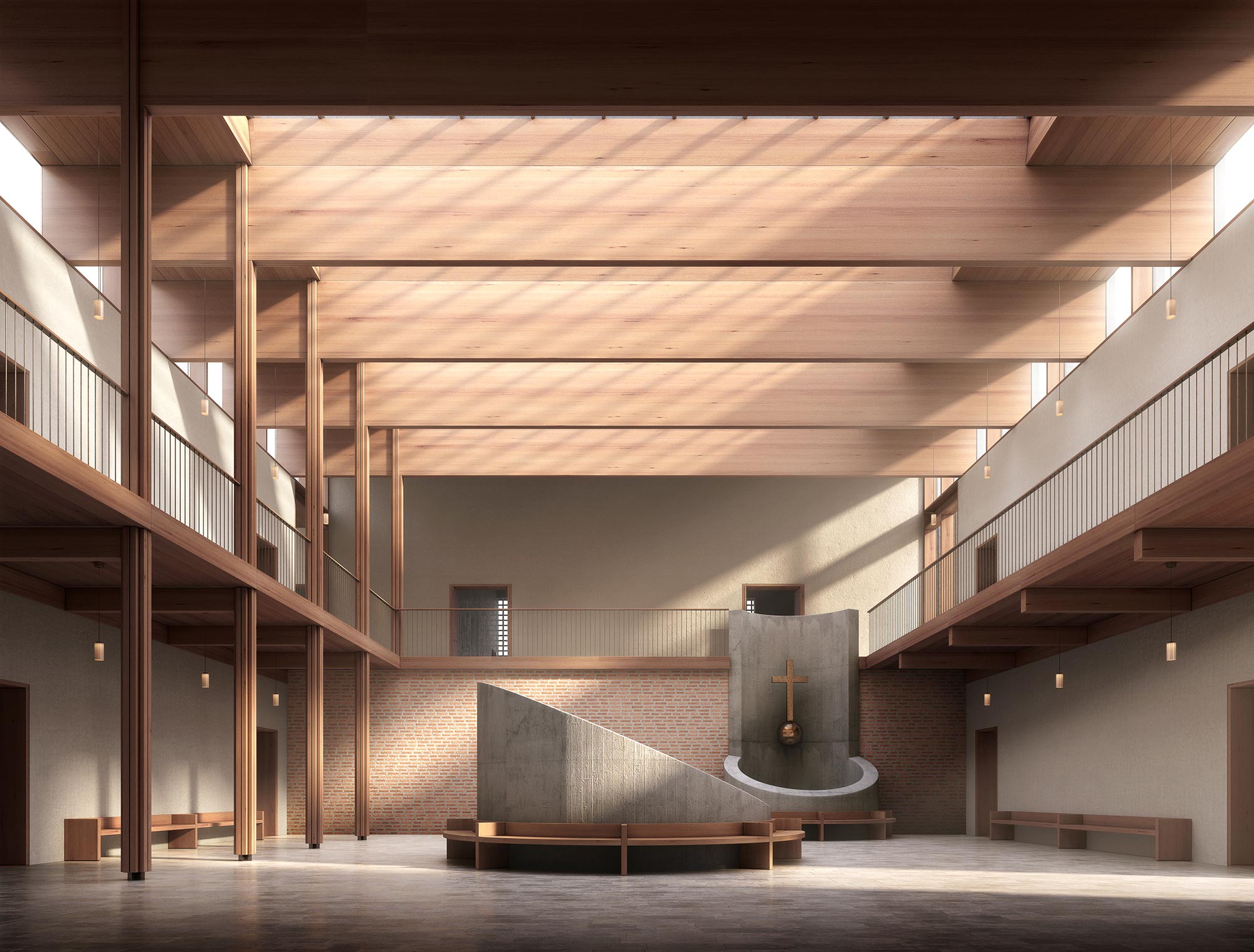 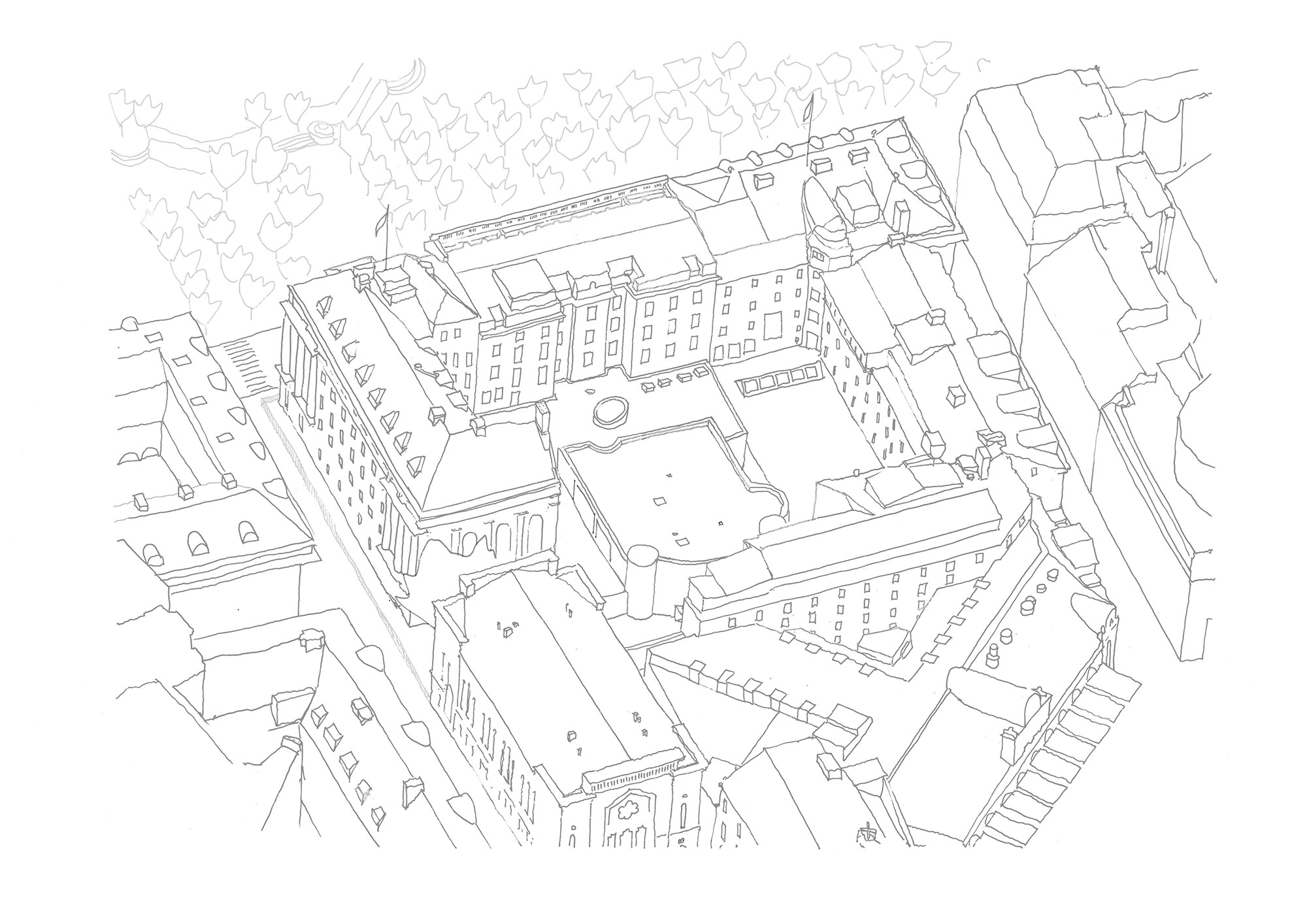 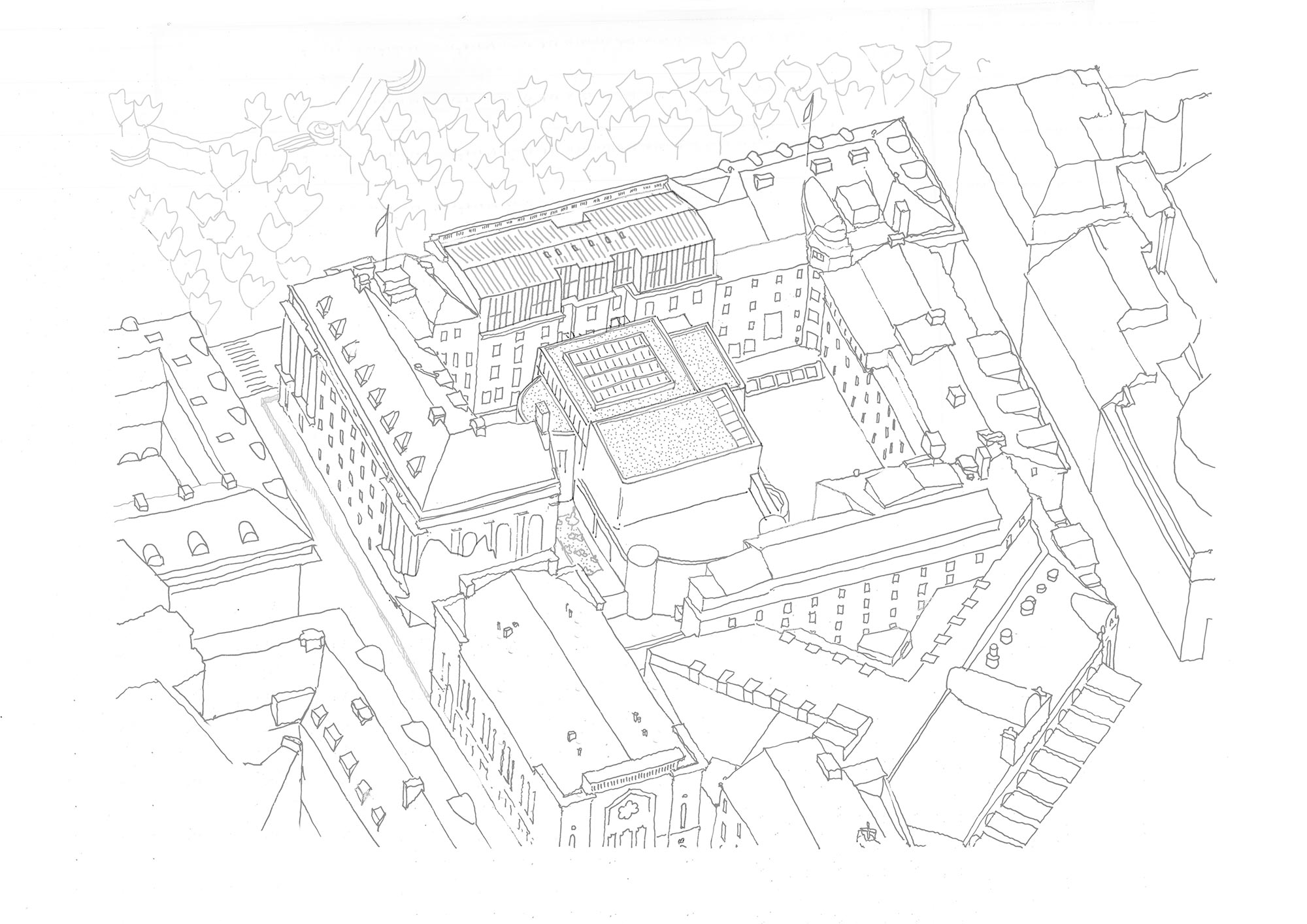