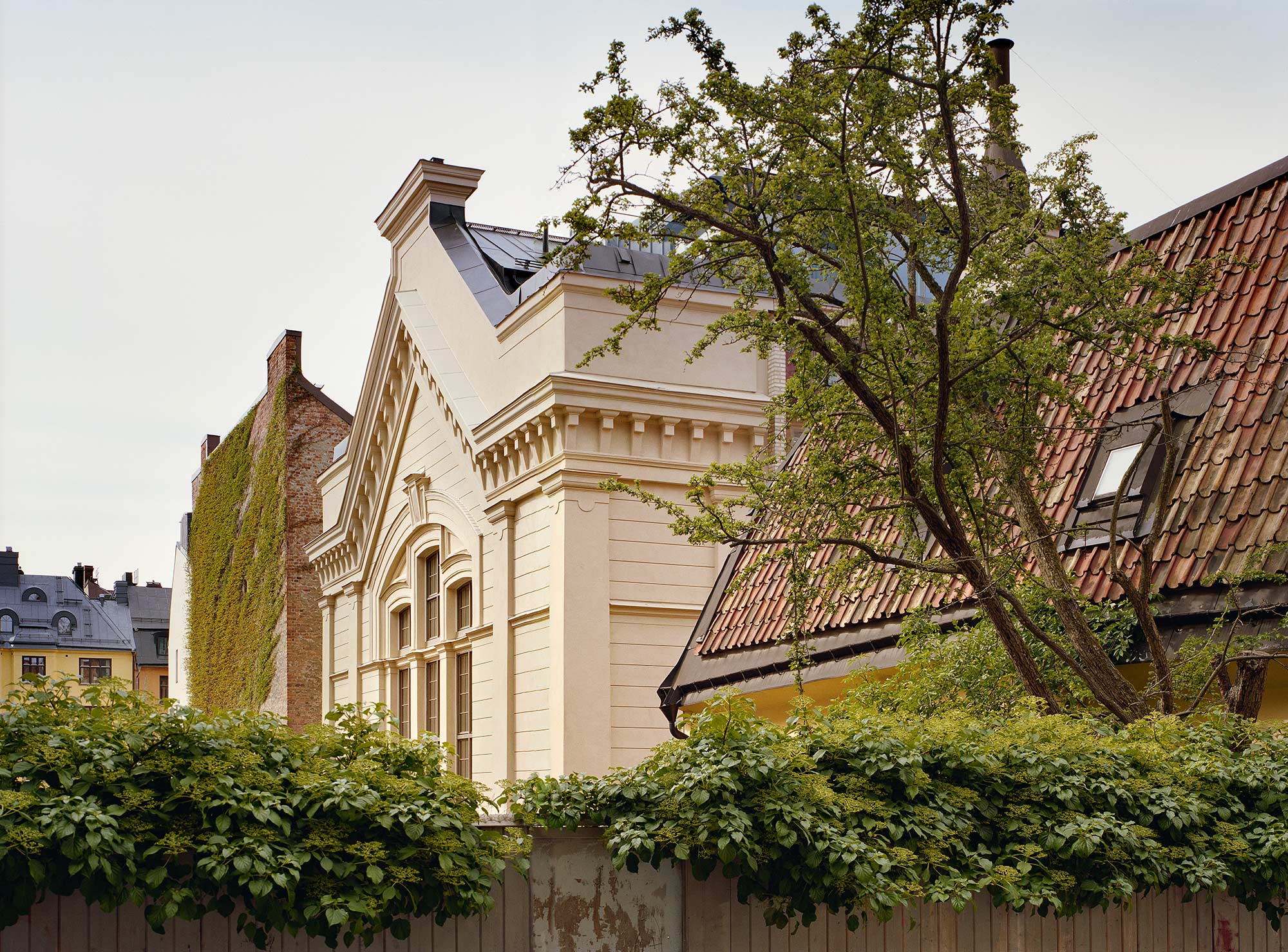 The temple-like school gymnasium building was designed by architect Per Emanuel Werming and was completed in 1881. It is characterized by an impressive gable architecture with a rusticated base and open pediments on the gables that face the street to the west and rear courtyard toward the original school building to the east. The building was severely damaged by fire to the extent that only the gables could be saved. Following earlier, unsuccessful attempts to redevelop the site, Andreas Martin-Löf Arkitekter were commissioned in 2018 to develop a proposal for the conversion of the building into apartments and commercial spaces in ground floor and basement.

The brief was to recreate the volume of the original building, develop new facades for the lateral facades which had to be demolished because of the fire damage, and to create approximately 50 small apartments and commercial spaces, which would bring life and activity back to this neglected but central site on Södermalm. The solution is an entirely new building that is placed between the two original and restored gables. The gables act like robust historical bookends to the modern intervention.

The entrances to the apartments and commercial spaces are placed in the new long facades to avoid making new openings in the gables and to safeguard their unique antiquarian value. The new facades contrast and relate to the gables through a subtle play on the grammar and order of classical architecture. The added volume is deliberately restrained and respectful in expression which allows the gables to remain the dominant architectonical feature and for the building to maintain its original character in the cityscape. The line between the old and new facades is accentuated and makes the old and new clearly legible. The result is a harmonious whole where the two facades are in conversation through a subtle articulation and translation of colours, materials, proportions, geometries, and details.

Further respect for the original surviving gables is demonstrated by recessing the facades of the new intervention, making it subtly inconspicuous and considerably lower than allowed for in the masterplan. The new facades are treated with exposed brick instead of plastered brick to connect to and reveal the building’s original construction. The building’s granite base has been translated to a band of glazed brick, whereas the unglazed brick pilasters on top give the facade depth. 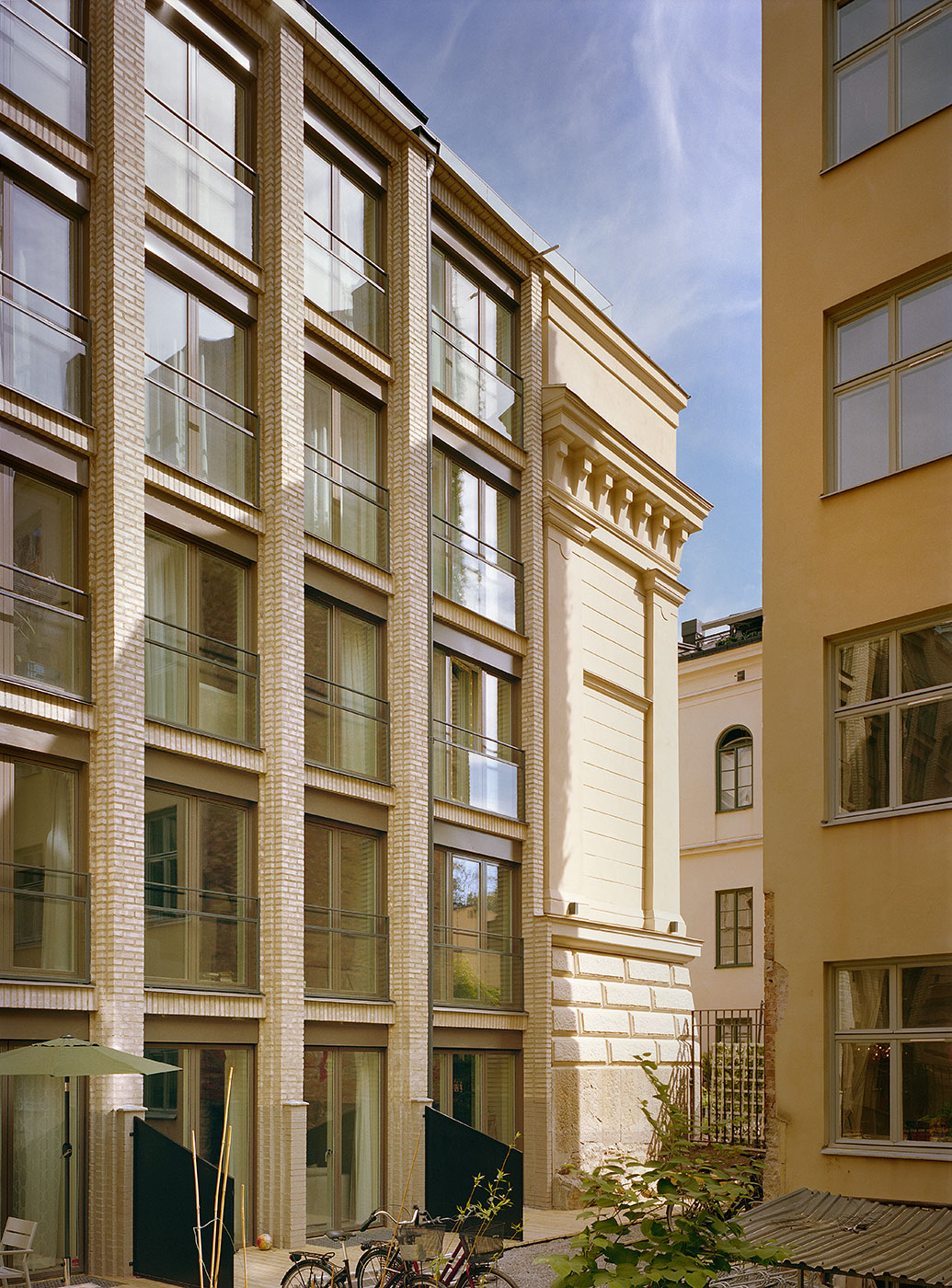 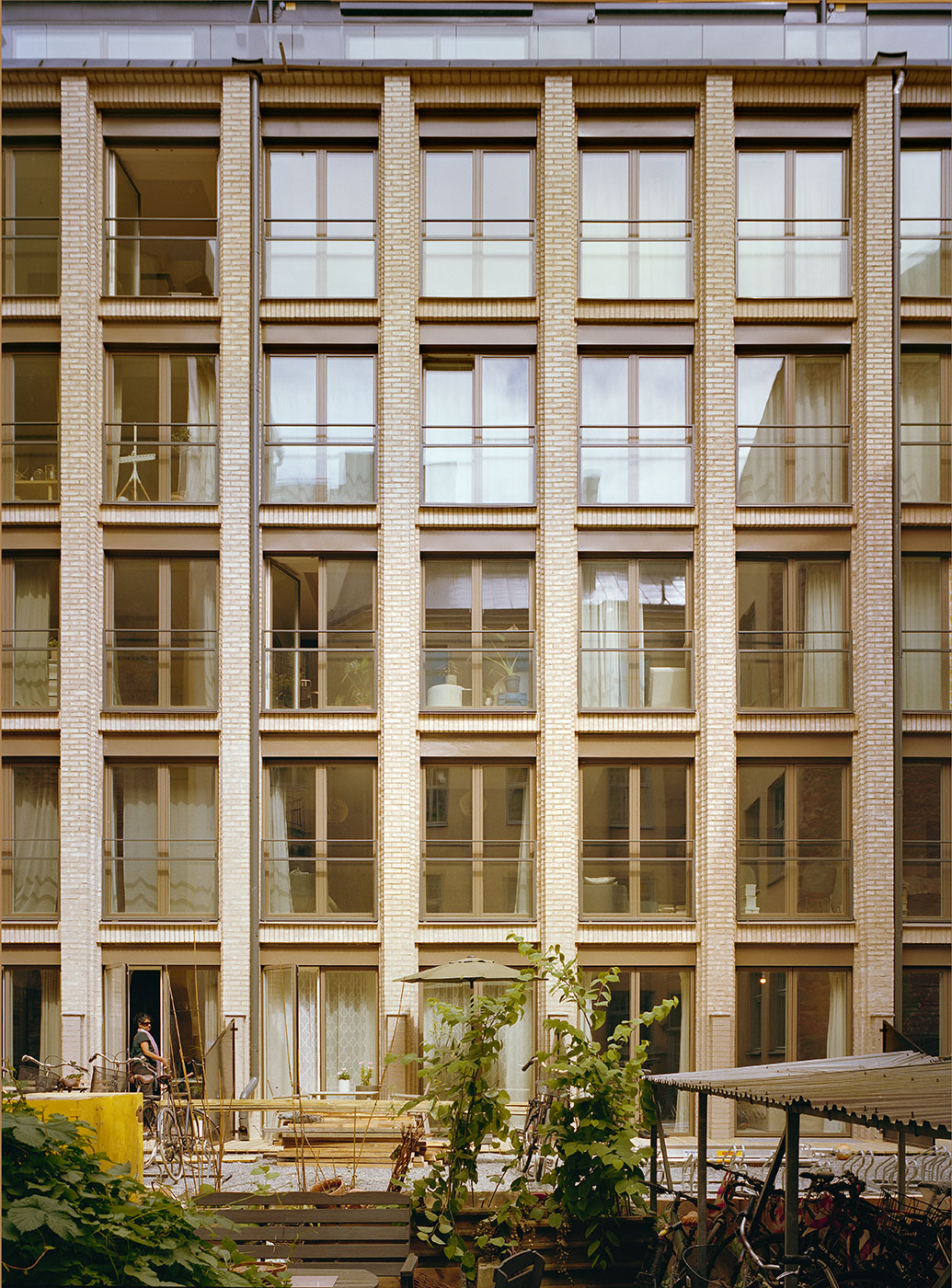 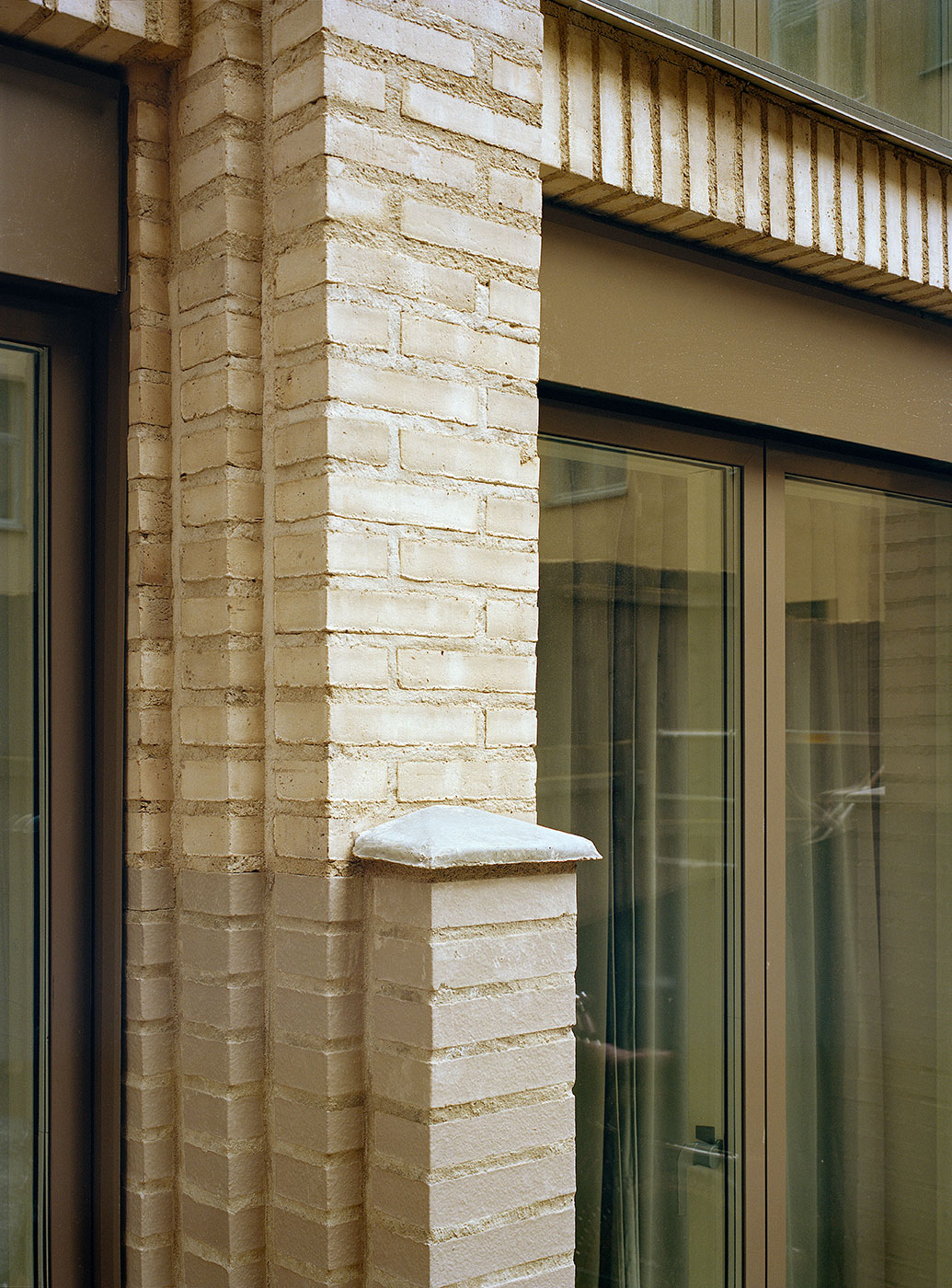 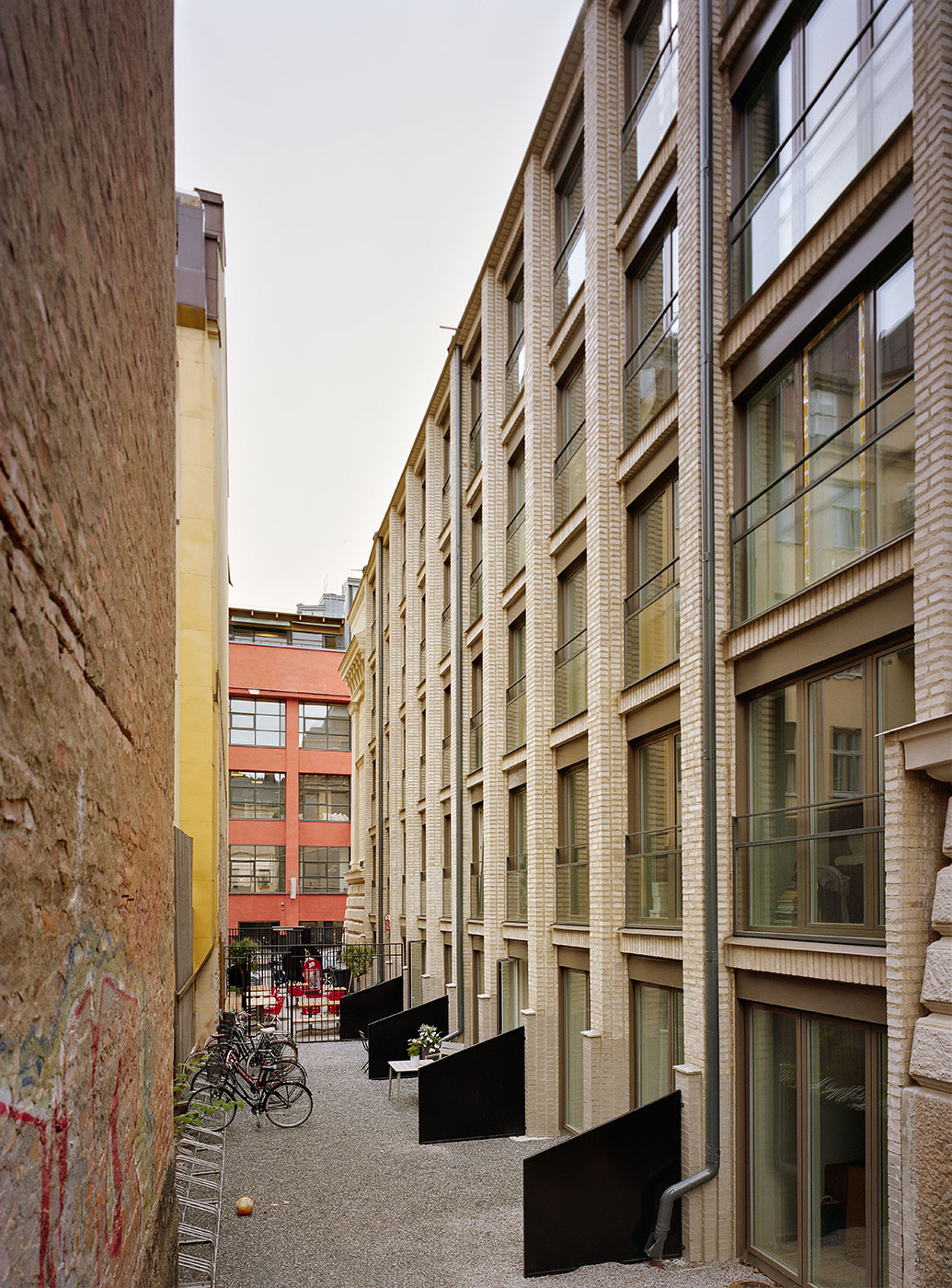 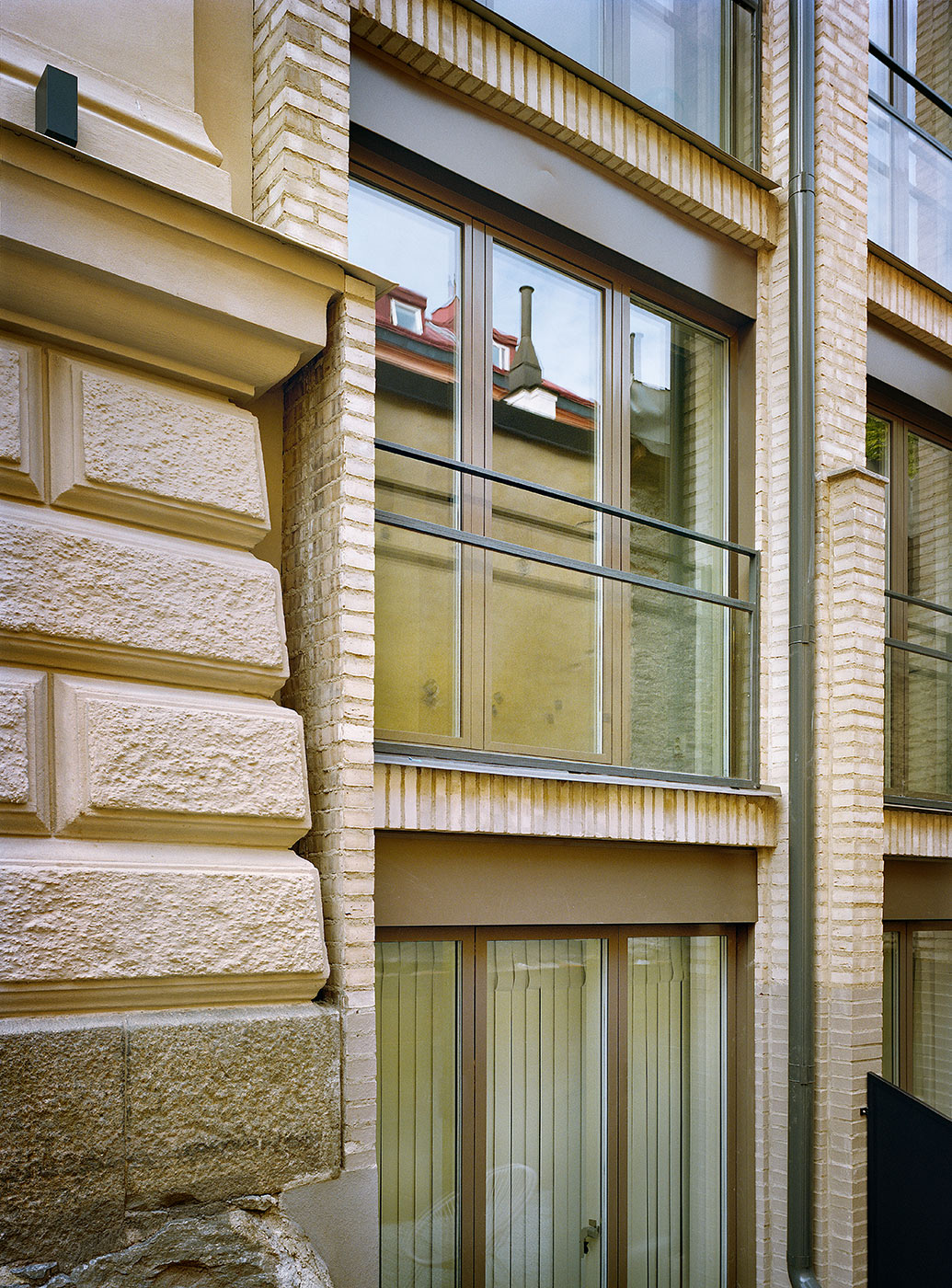 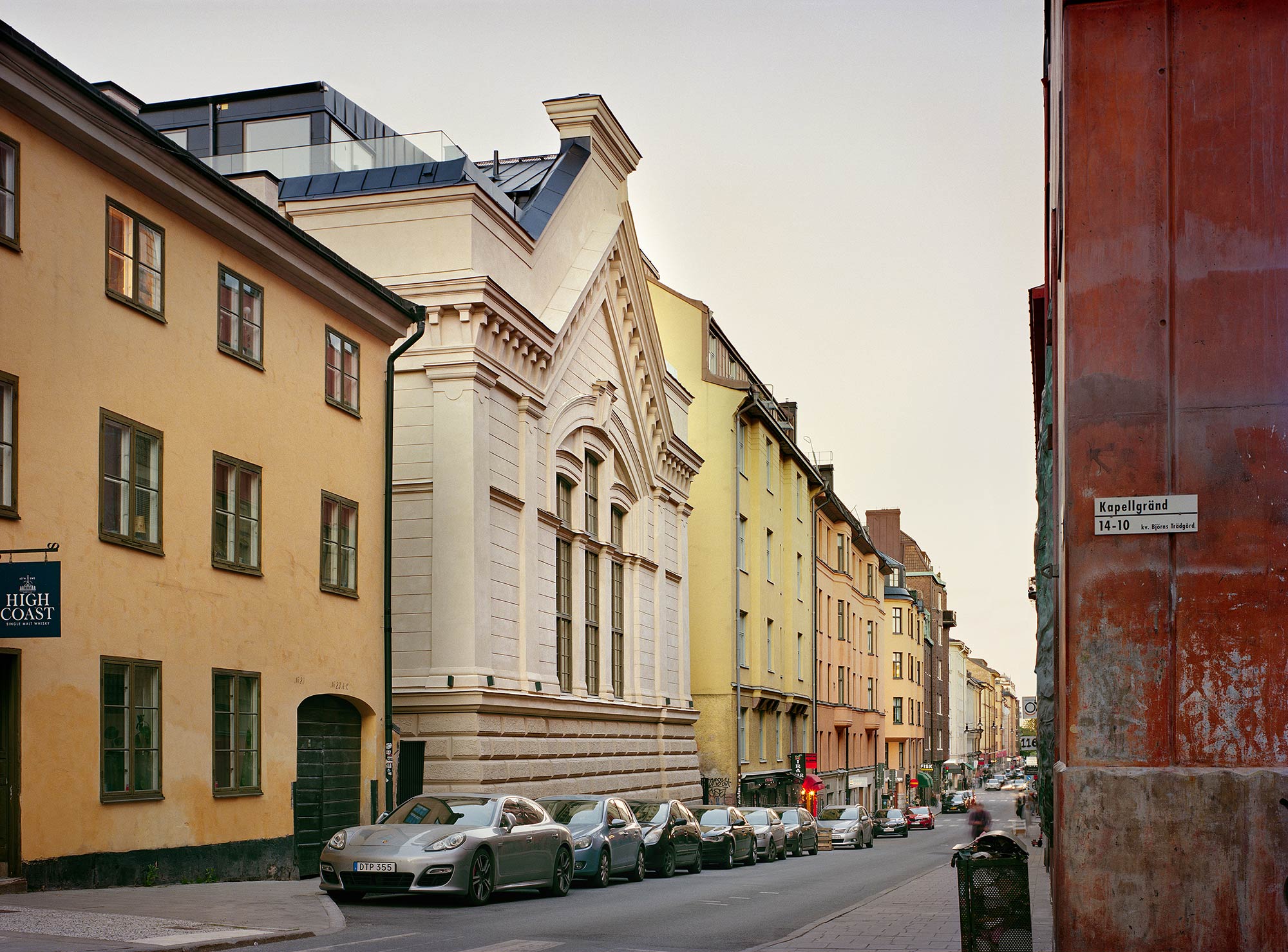 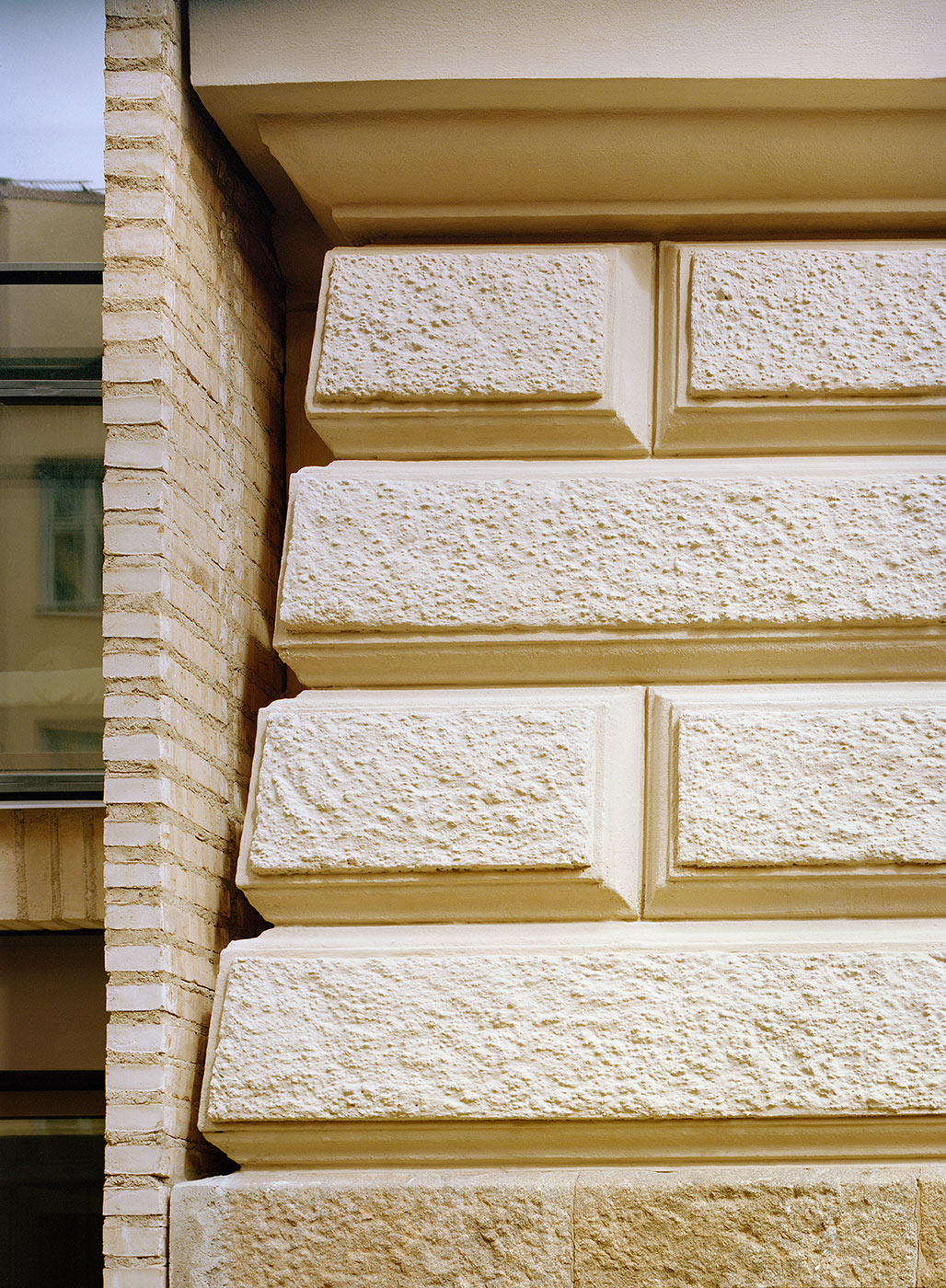