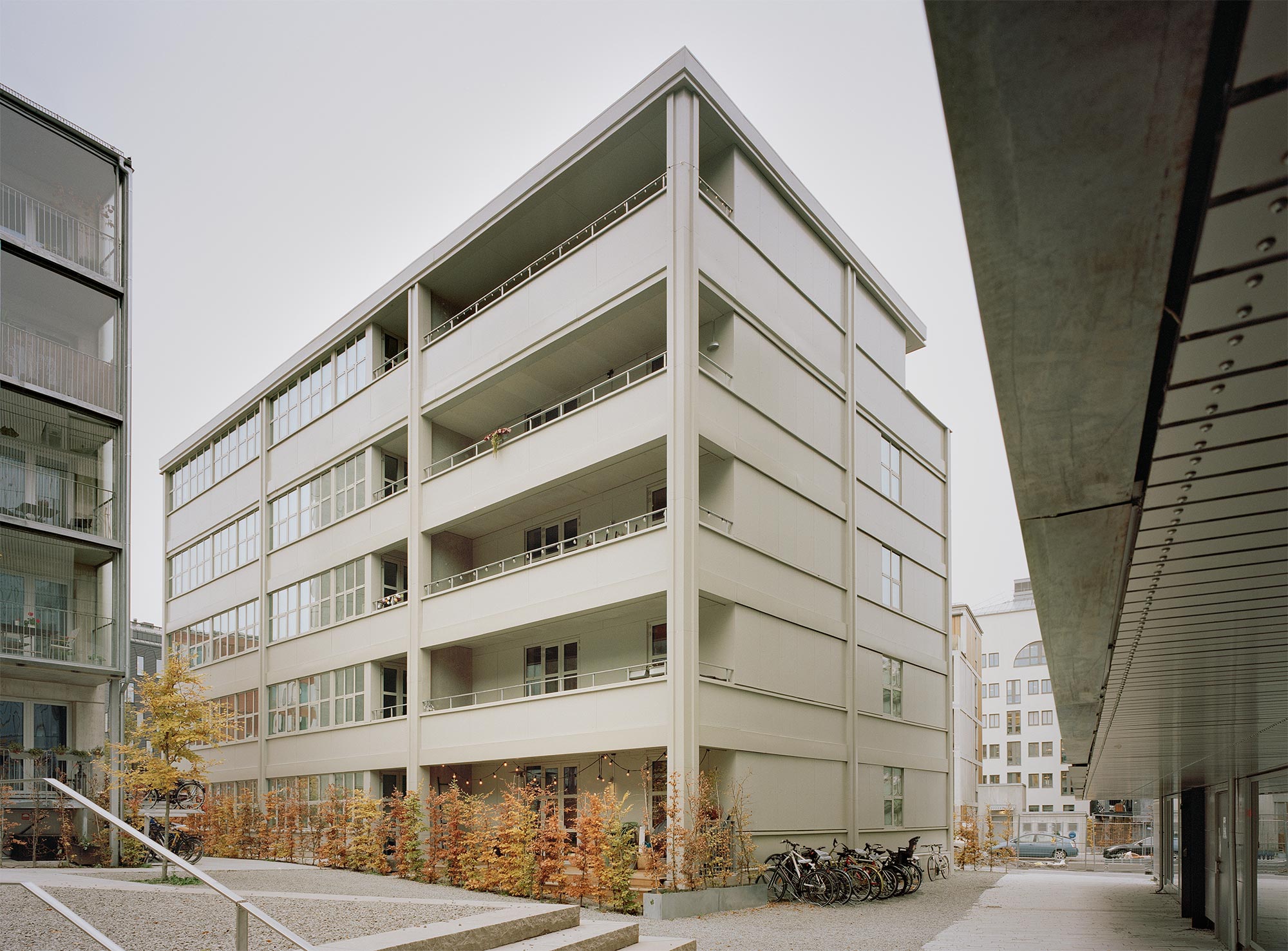 Measuring 27 x 12 m in footprint, House 4, together with its neighbour House 5, is one of the smallest buildings in the project. But thanks to its central location on Hammarbyterrassen it is highly visible.

The development plan suggested that the volume would be disposed as a sort of townhouse with a stairwell with window towards north. Instead we have tried dividing the volume into 3 apartments per floor with a central staircase. With this design, the volume achieves a more cubic character, forming a compact, five-storey building.

Common to the entire project is the loadbearing framework which consists of precast hollow concrete beams. Various types of suspended façades lend the buildings their particular character. In House 4, the strict modules are evident in the façade in the form of a gridiron pattern consisting of an edge beam that covers the end of the loadbearing structure and vertical beams that form the walls of the various apartments. Between the beams are industrial casement windows. The narrow glazing bars lend the façade a crisp definition that is rare in new housing in Sweden today.

By making the lower part of the section hermetical it has been possible to meet Swedish regulations with regard to fire safety and energy consumption without having recourse to such expensive methods as fire-resistant and insulating triple glazing. In this way we have been able to unite our ambition of creating a building with an industrial character with today’s energy standards and fire regulations.

The apartments are fairly compact 3 bedroom apartments. All of the apartments have balconies or terraces facing south or west. In the interiors, too, we have sought to emphasize the architectonic qualities which the frame and façade of the building give rise to. Ceilings consist of raw, visible hollow concrete beams painted matt cement-grey. Bathrooms, together with the closets and kitchens, provide the elements that define the rooms. Standard interior walls have been kept to a minimum. The rooms are given character by the windows with glazing bars and the recessed balconies. Inspired by the former harbour area house 4 is an attempt to find modernity in tradition. 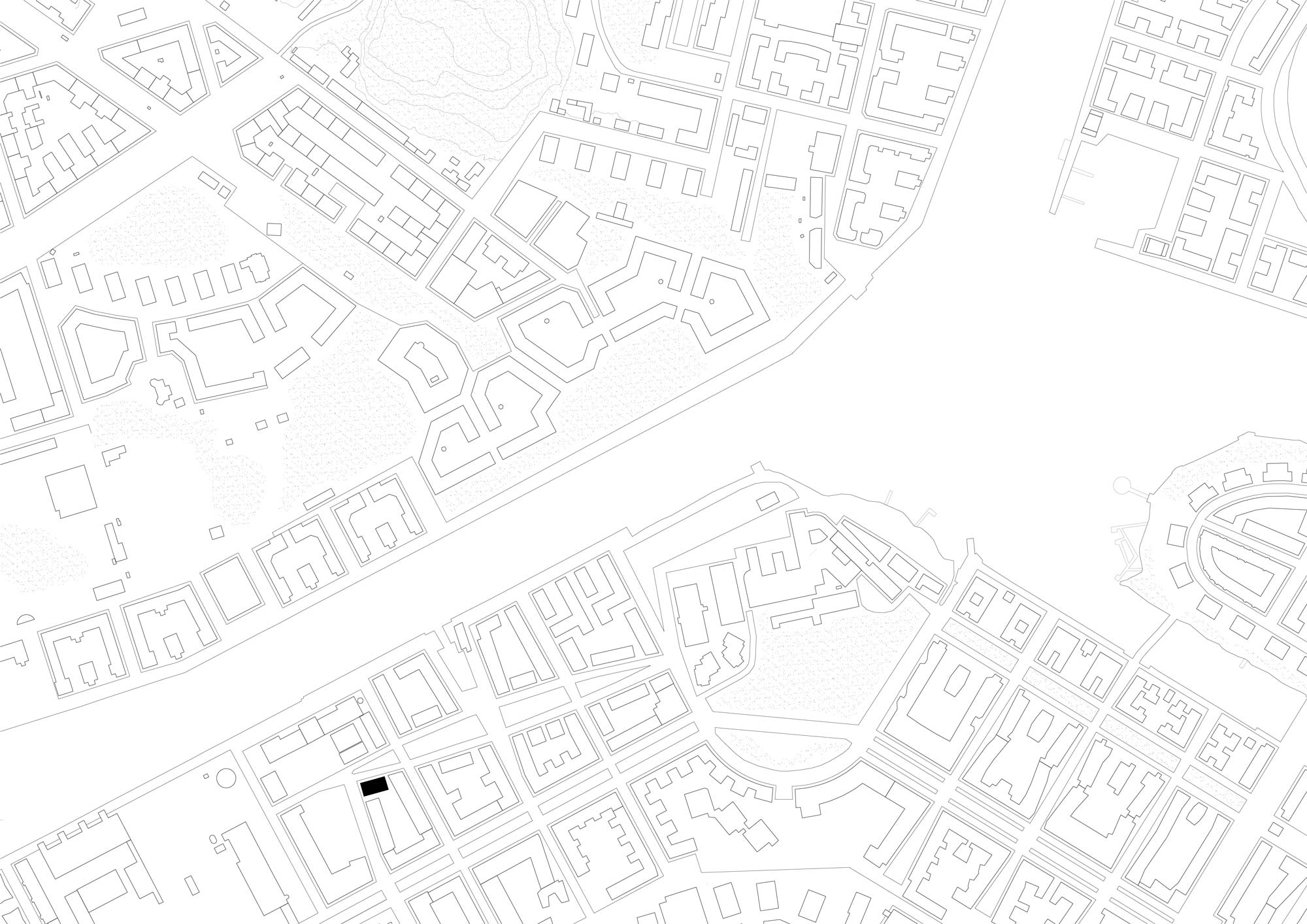 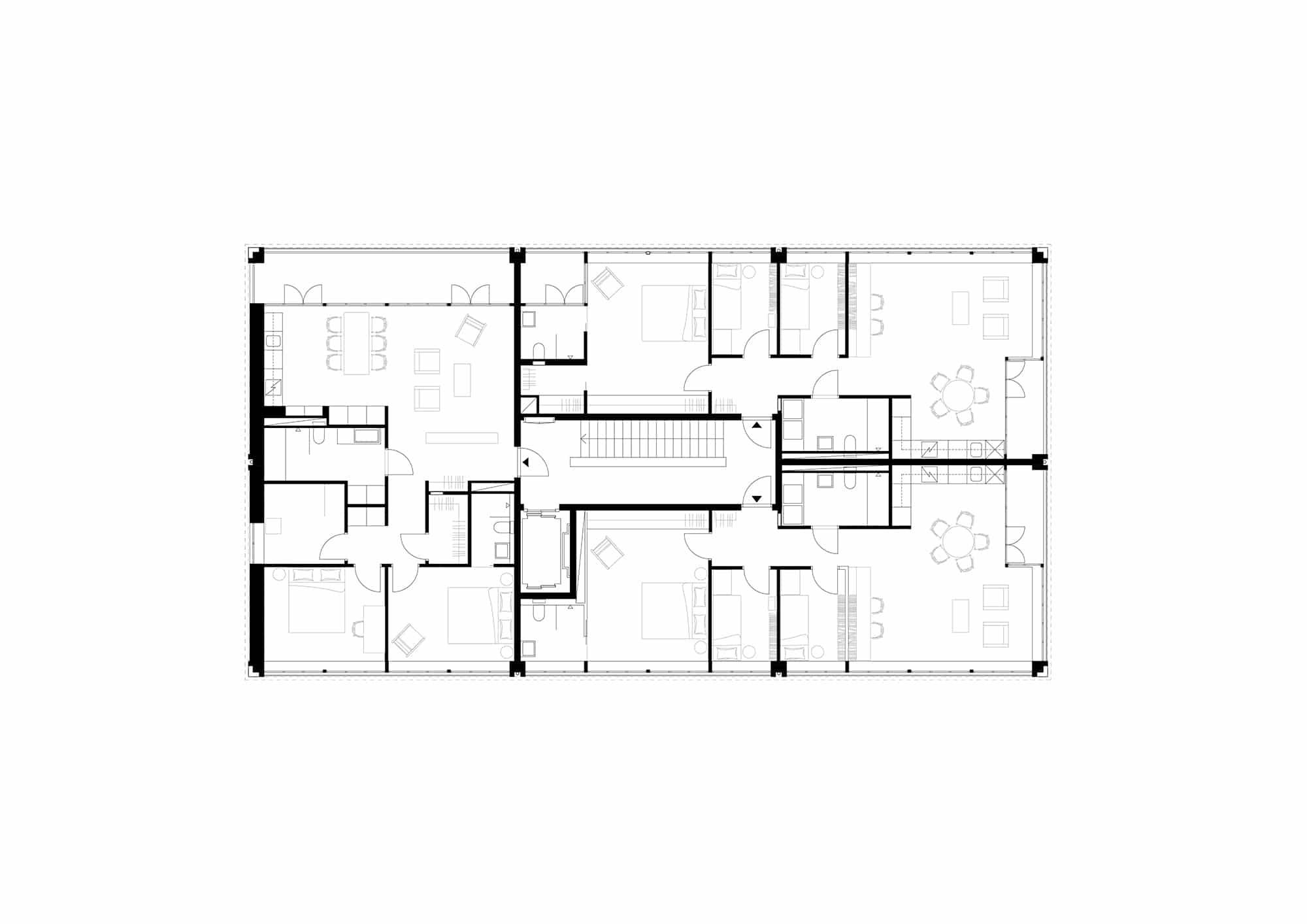 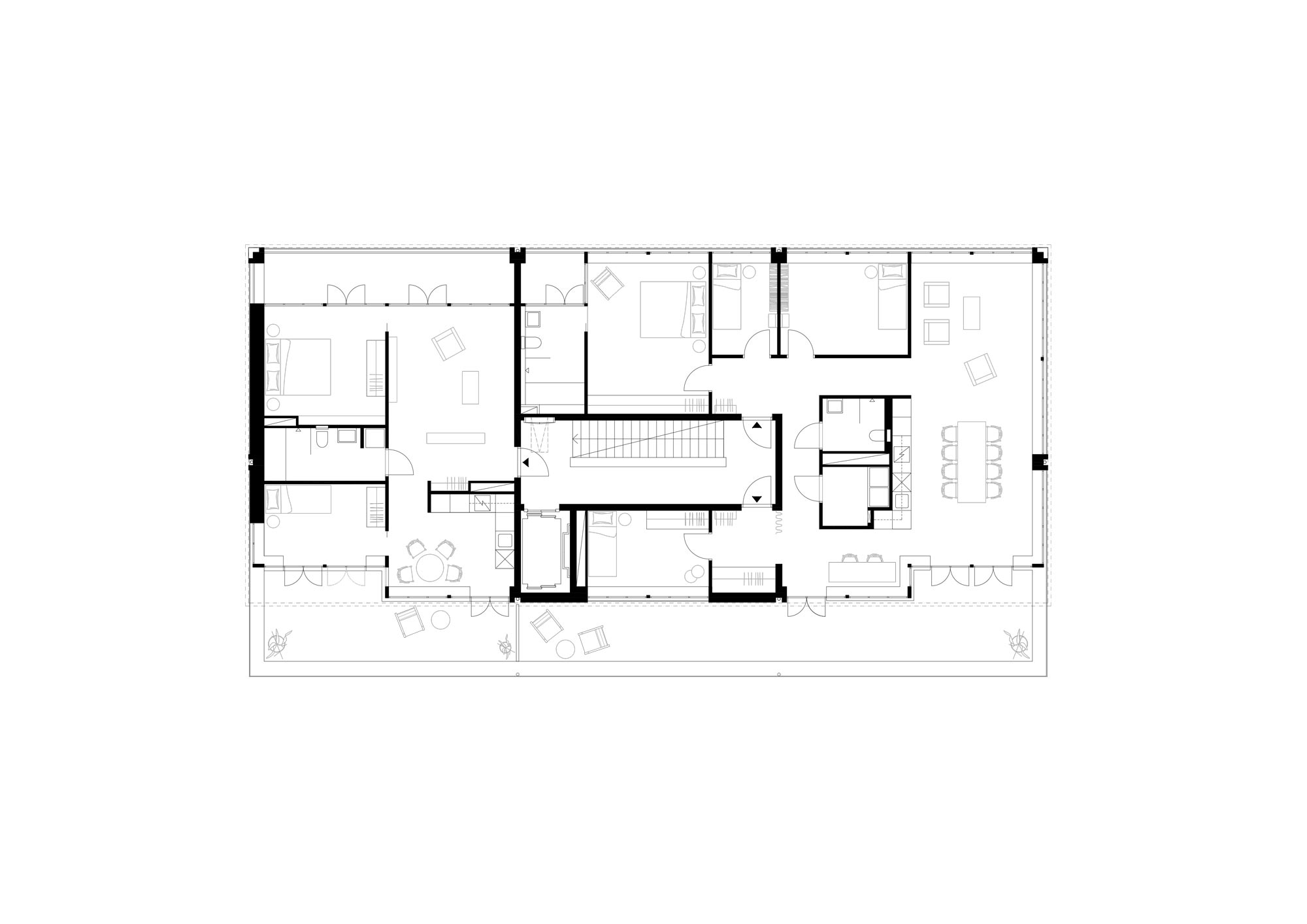 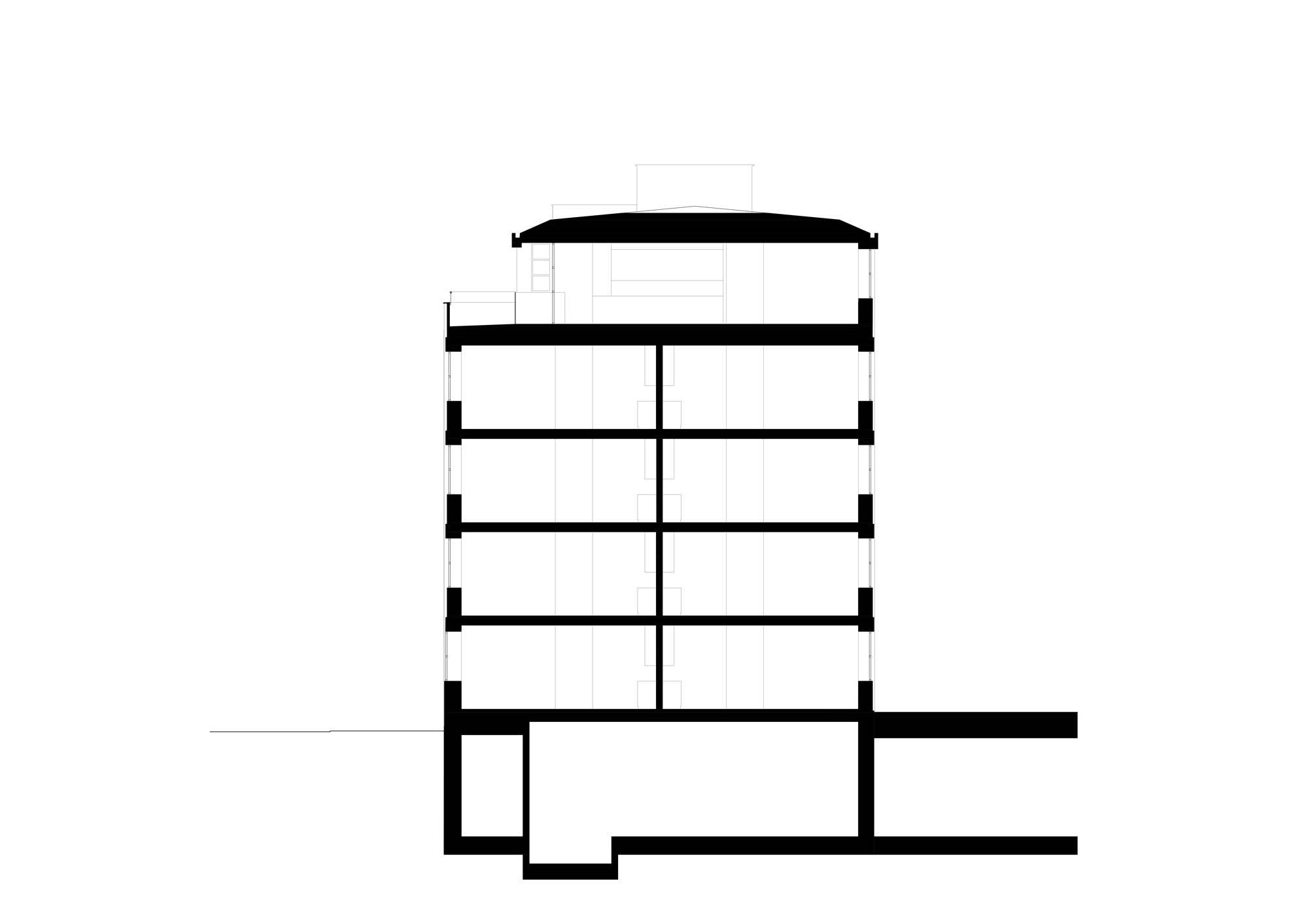 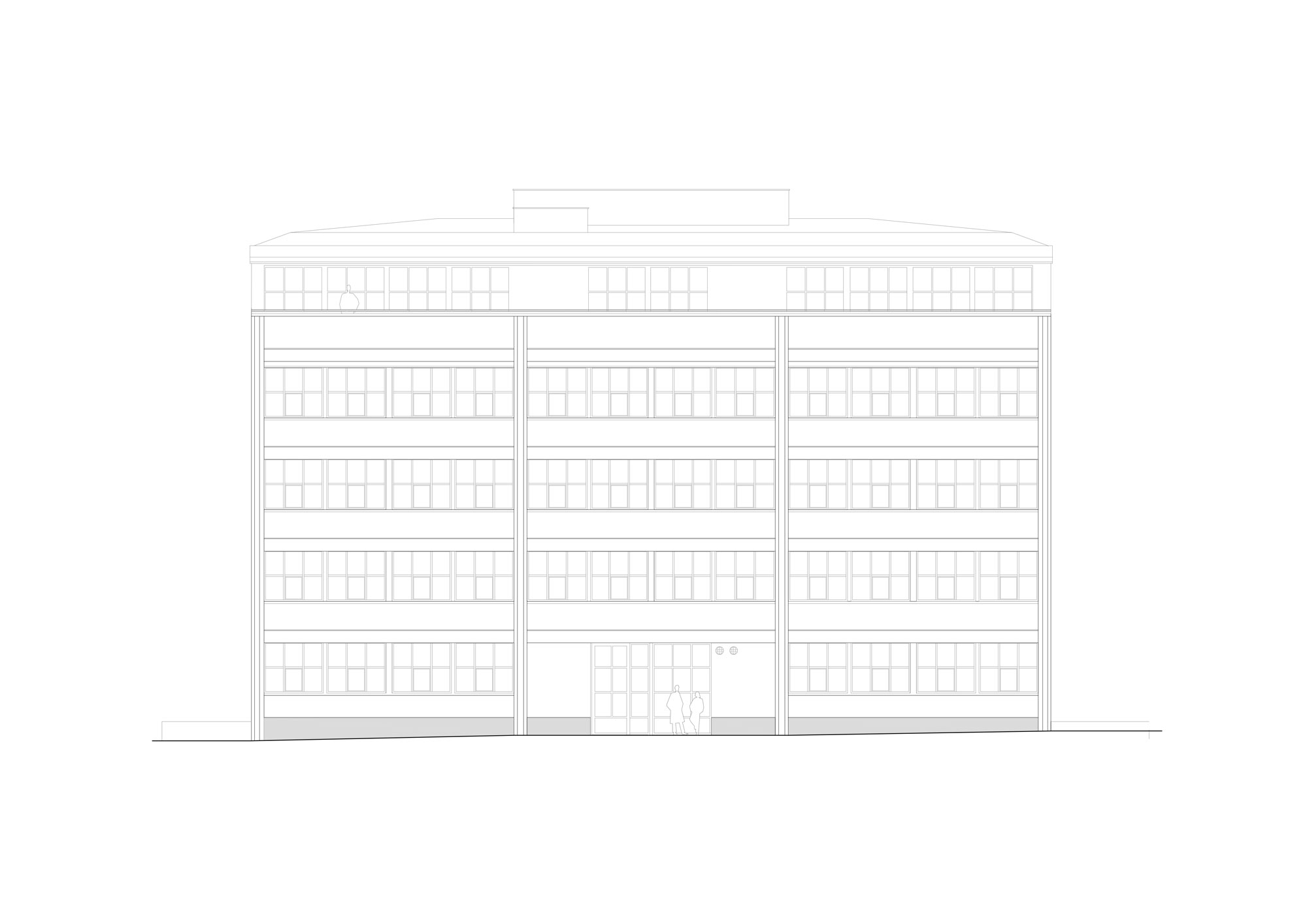 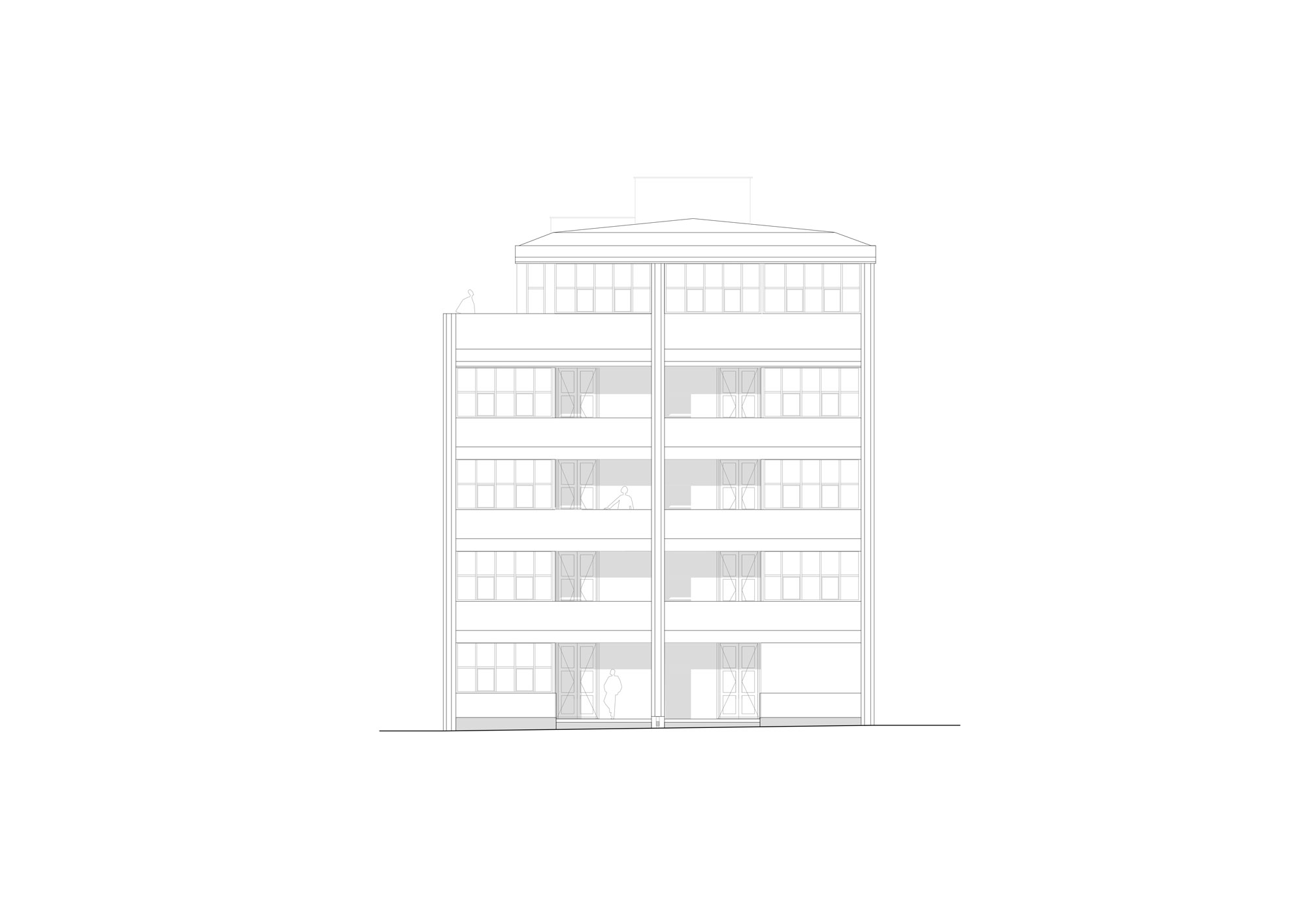