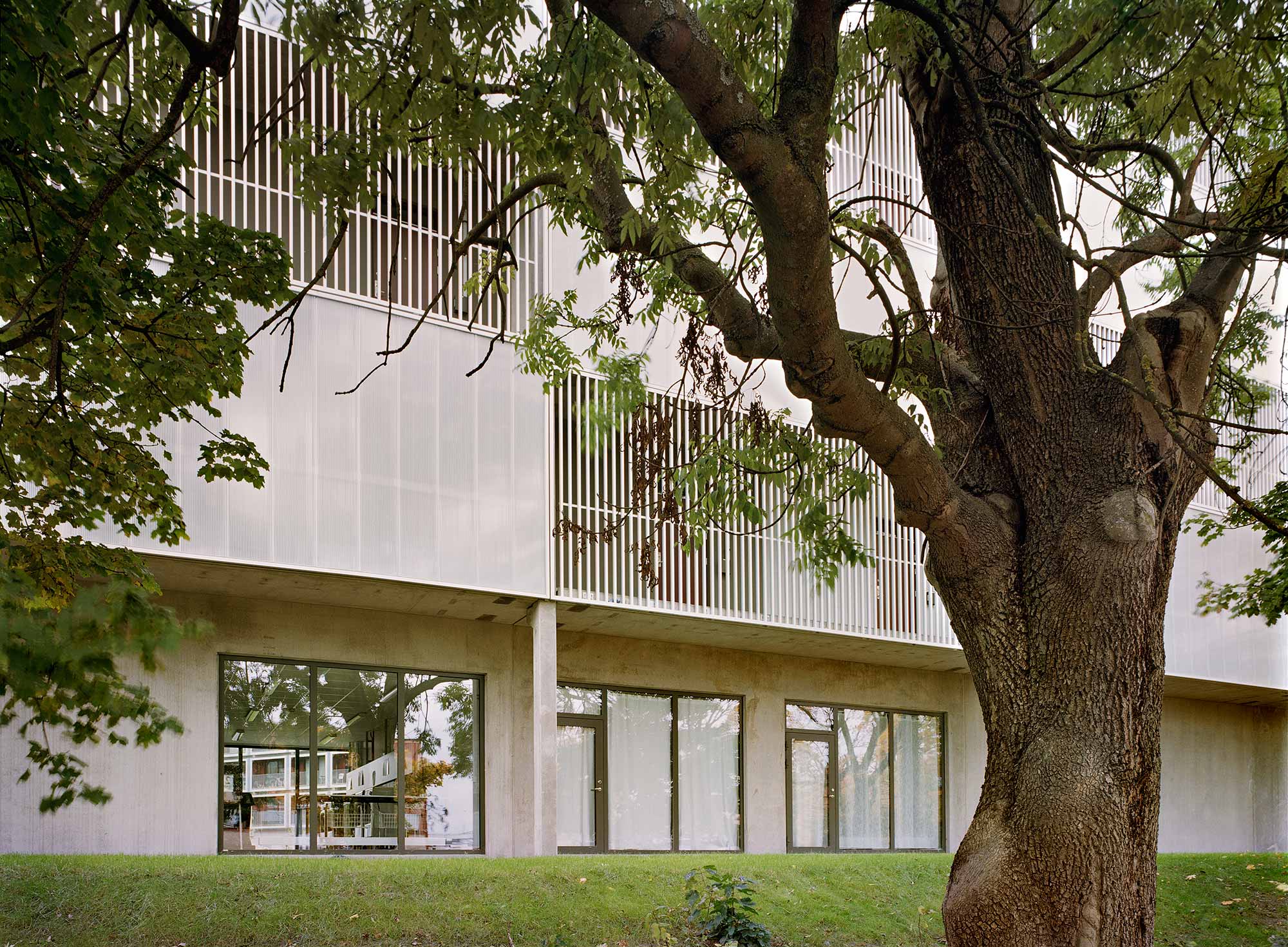 Snabba Hus Västberga is the second project designed by Andreas Martin-Löf Arkitekter that adapts off-site prefabrication techniques and cost efficient standard materials to provide affordable rental apartments for young people in Stockholm who are waiting for a permanent rental contract. Tenants keep their position in the waiting list for their first real contract during the time they stay in a Snabba Hus apartment.

Prefabricated concrete structural elements create a structure that supports prefabricated apartment units. 280 compact, efficient, apartments have been built on a previously developed site in the Stockholm suburb of Västberga which lies to the south-west of the city centre. The project is comprised of six connected buildings that are grouped around a private green courtyard, and shares the city block with existing housing and an established park to the north.

The ground floor accommodates several larger family apartments and various auxiliary functions such as laundries, storage rooms, bicycle parking, and studios for flexible use and events. The compact apartments have generous glazing and balconies that are oriented inward to the private courtyard. They are linked via a semi-external corridor that is enclosed in a facade of chequered pattern translucent polycarbonate and aluminium slatted panels to create a double layer facade. Corridor walls are also treated with a chequered pattern of painted and raw concrete which is seen through the outer facade layer. Three distinct entrances located on the corners of the site are enclosed with raw glass panels. Custom corridor lights and stair rails compliment the palette of standard prefabricated components. 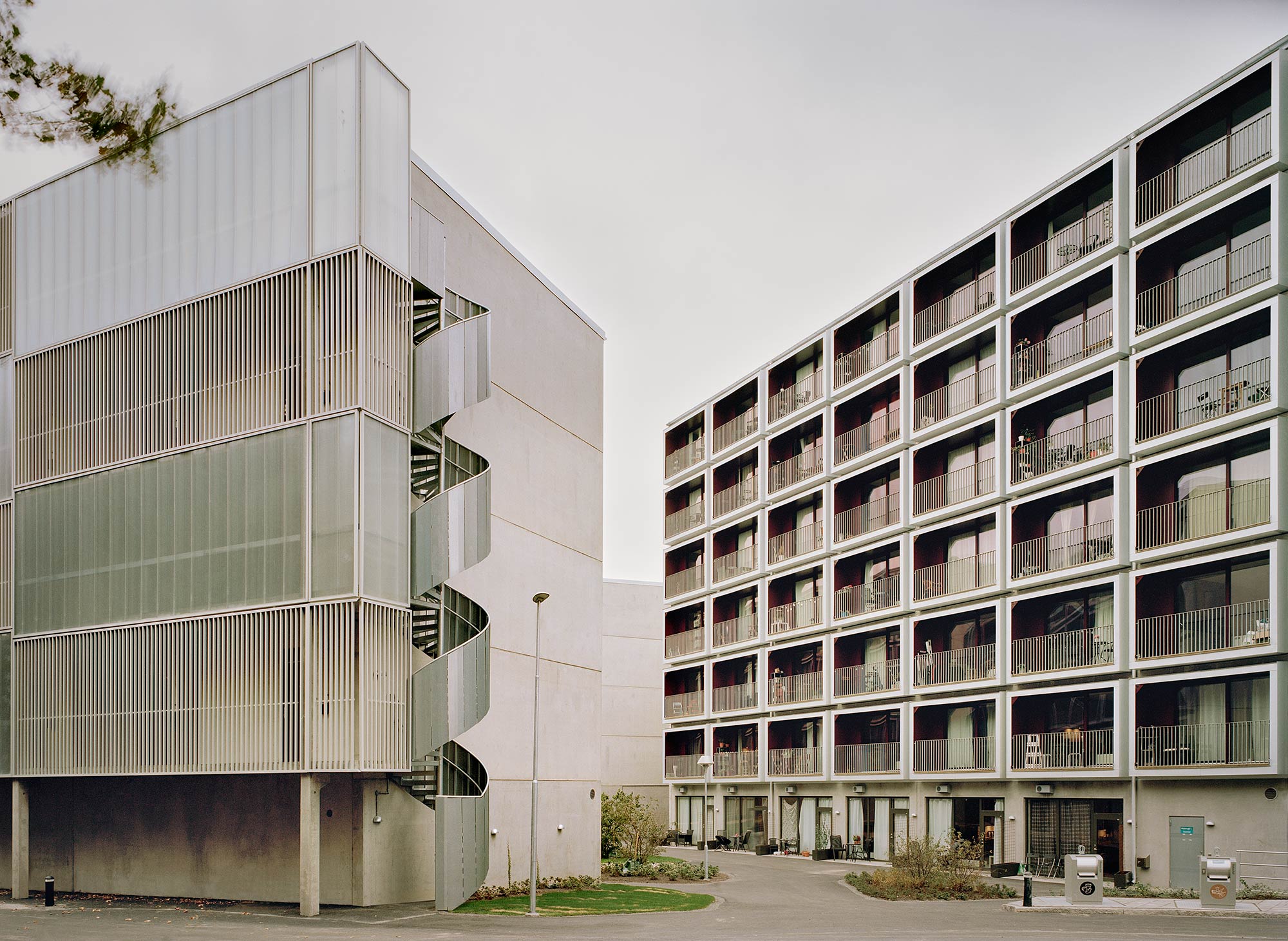 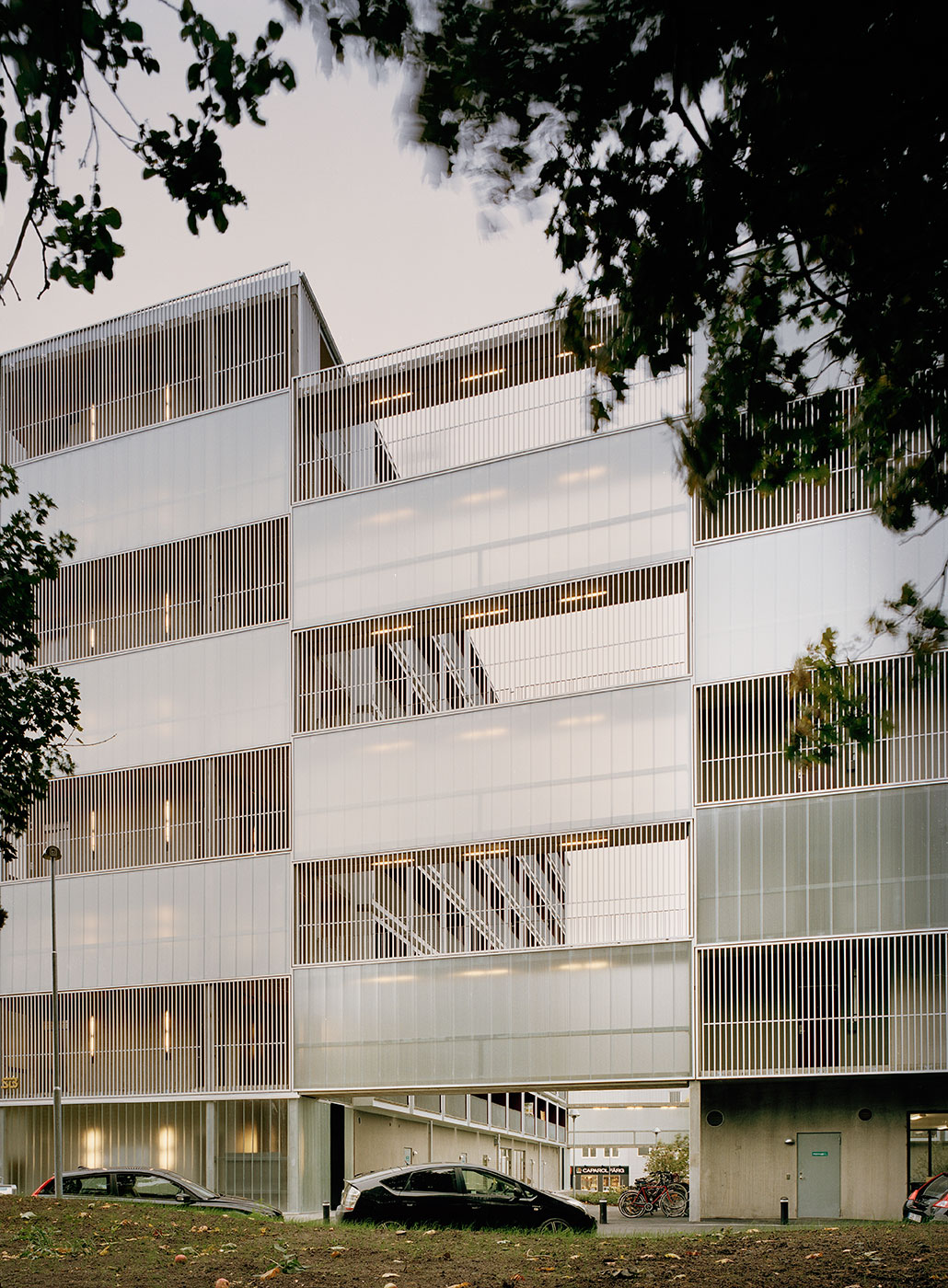 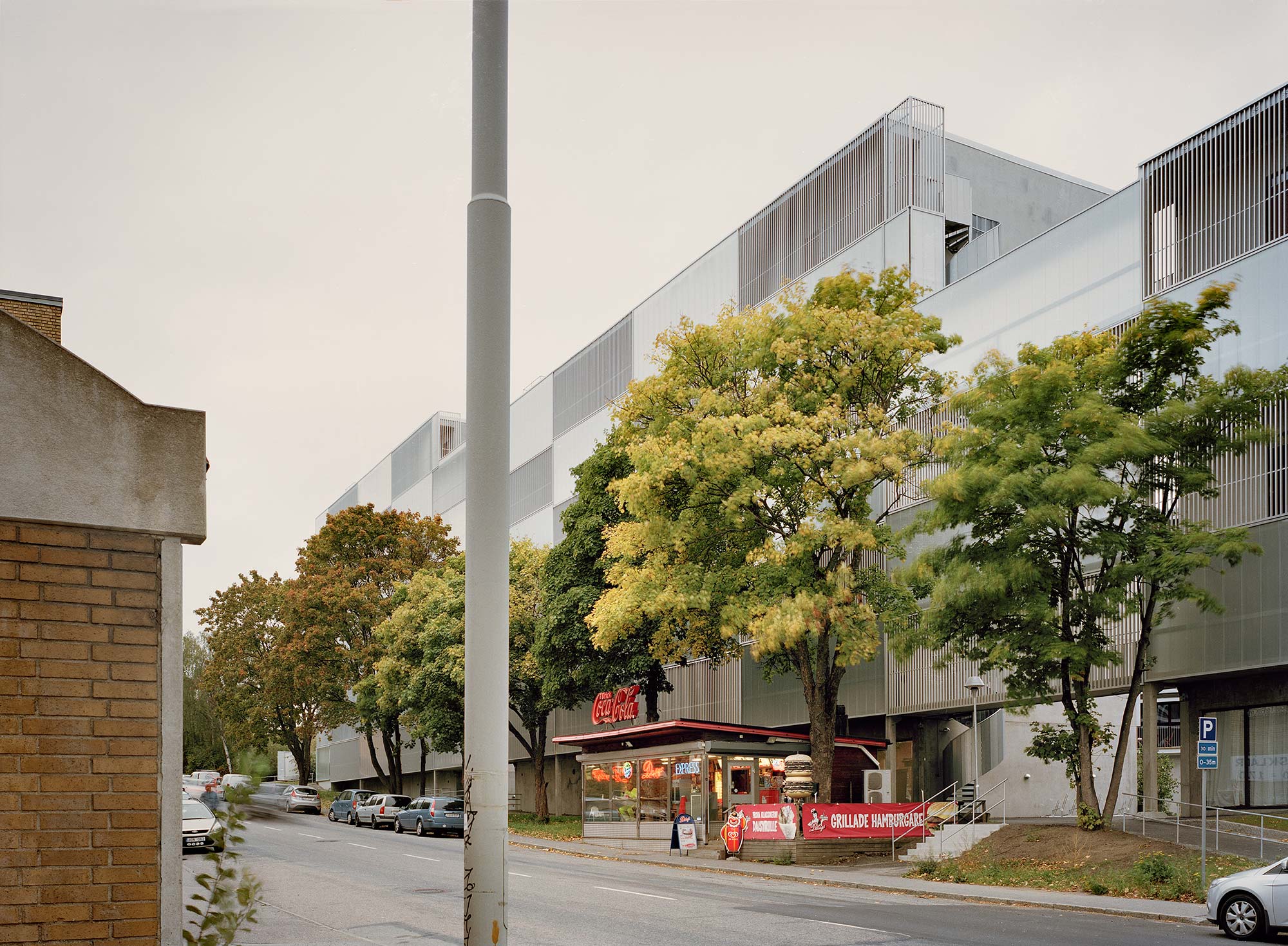 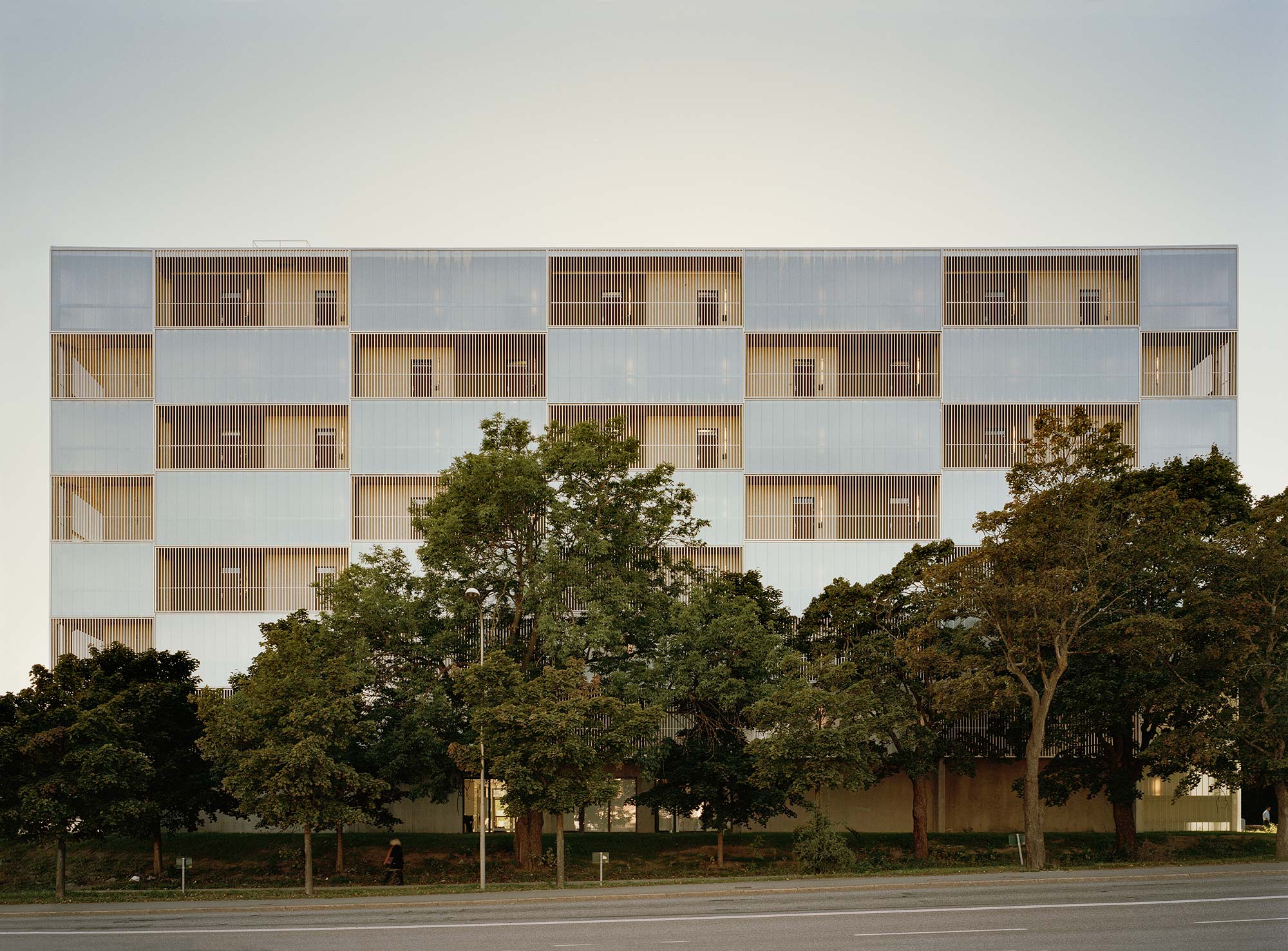 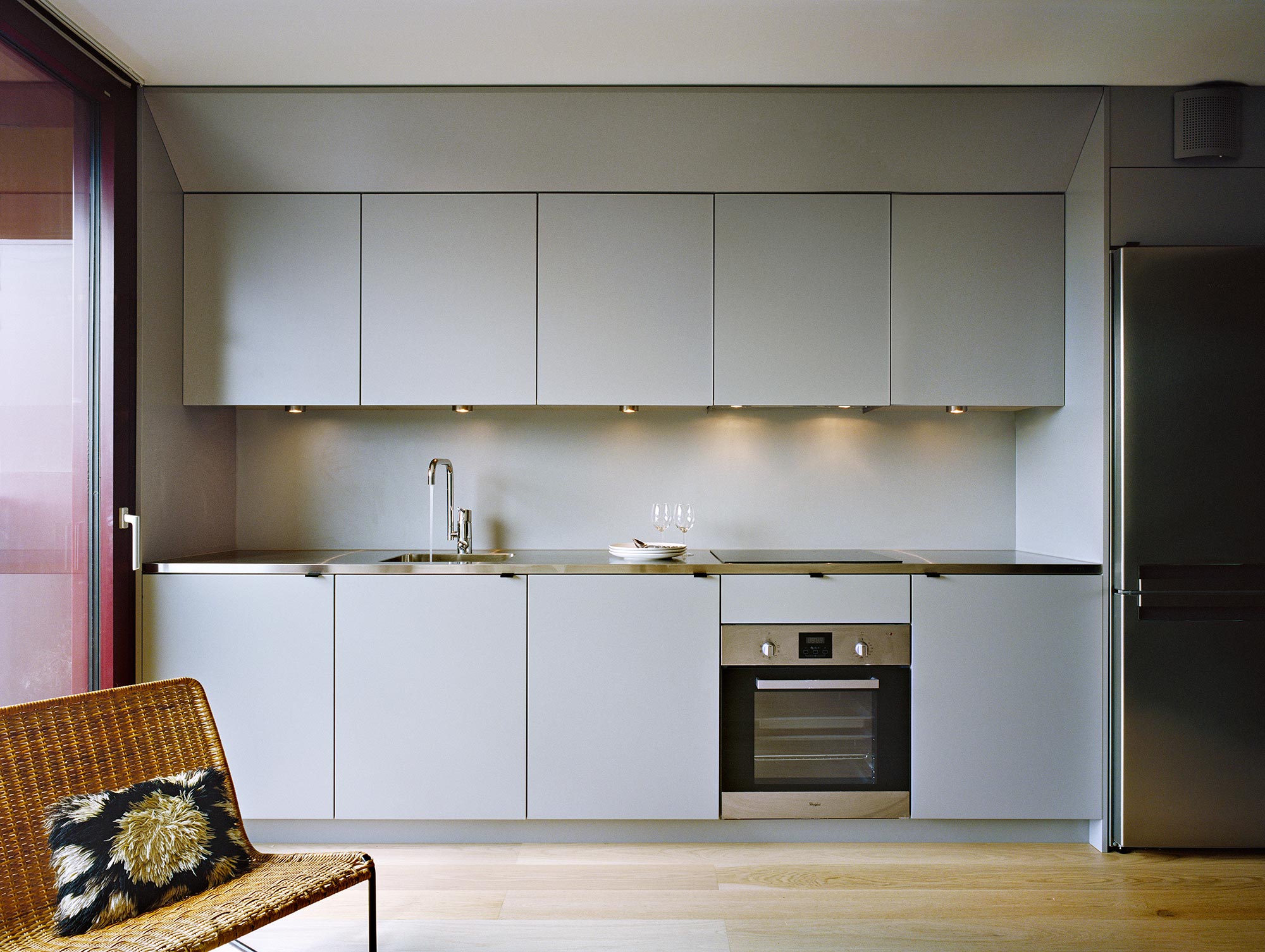 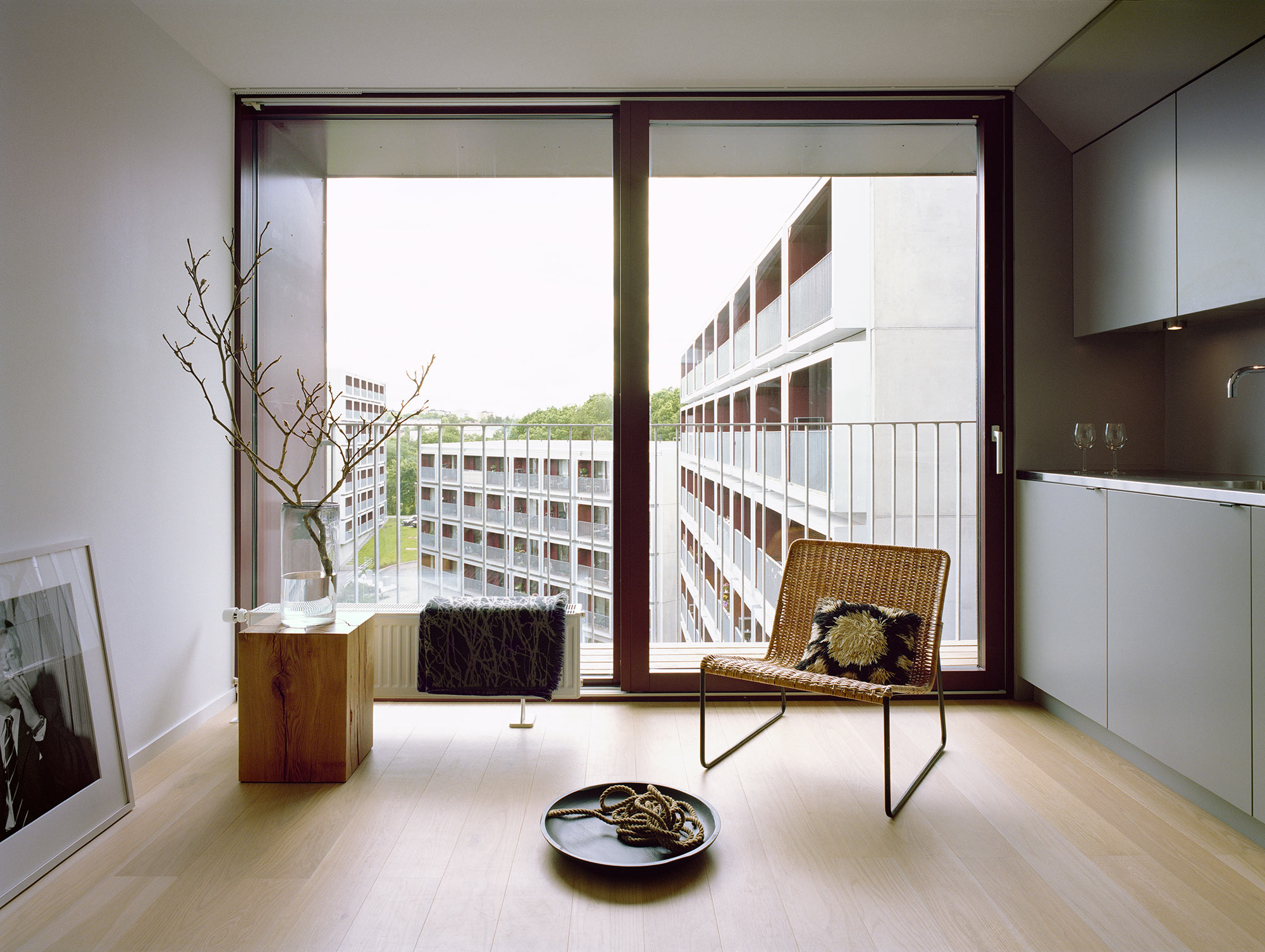 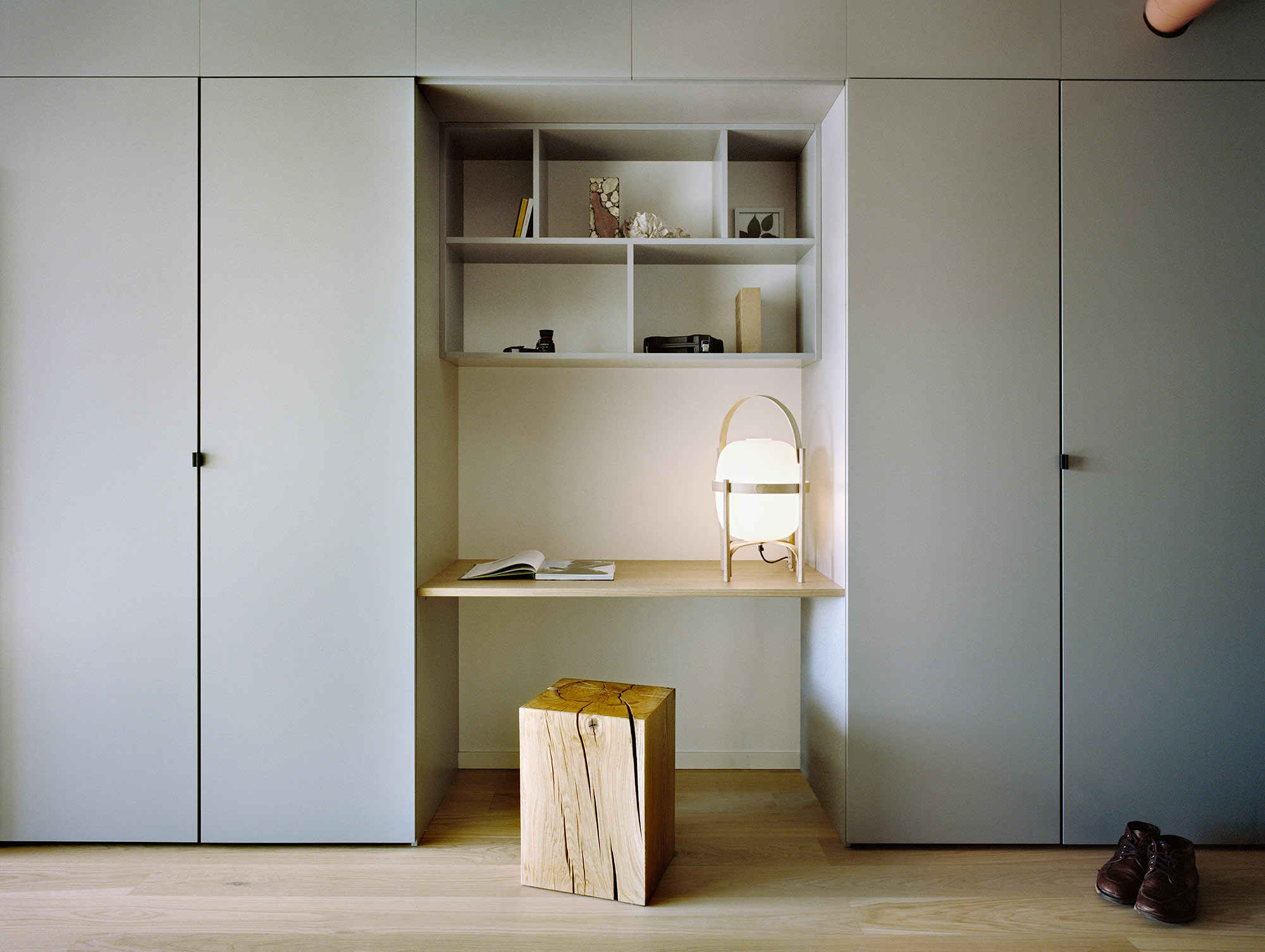 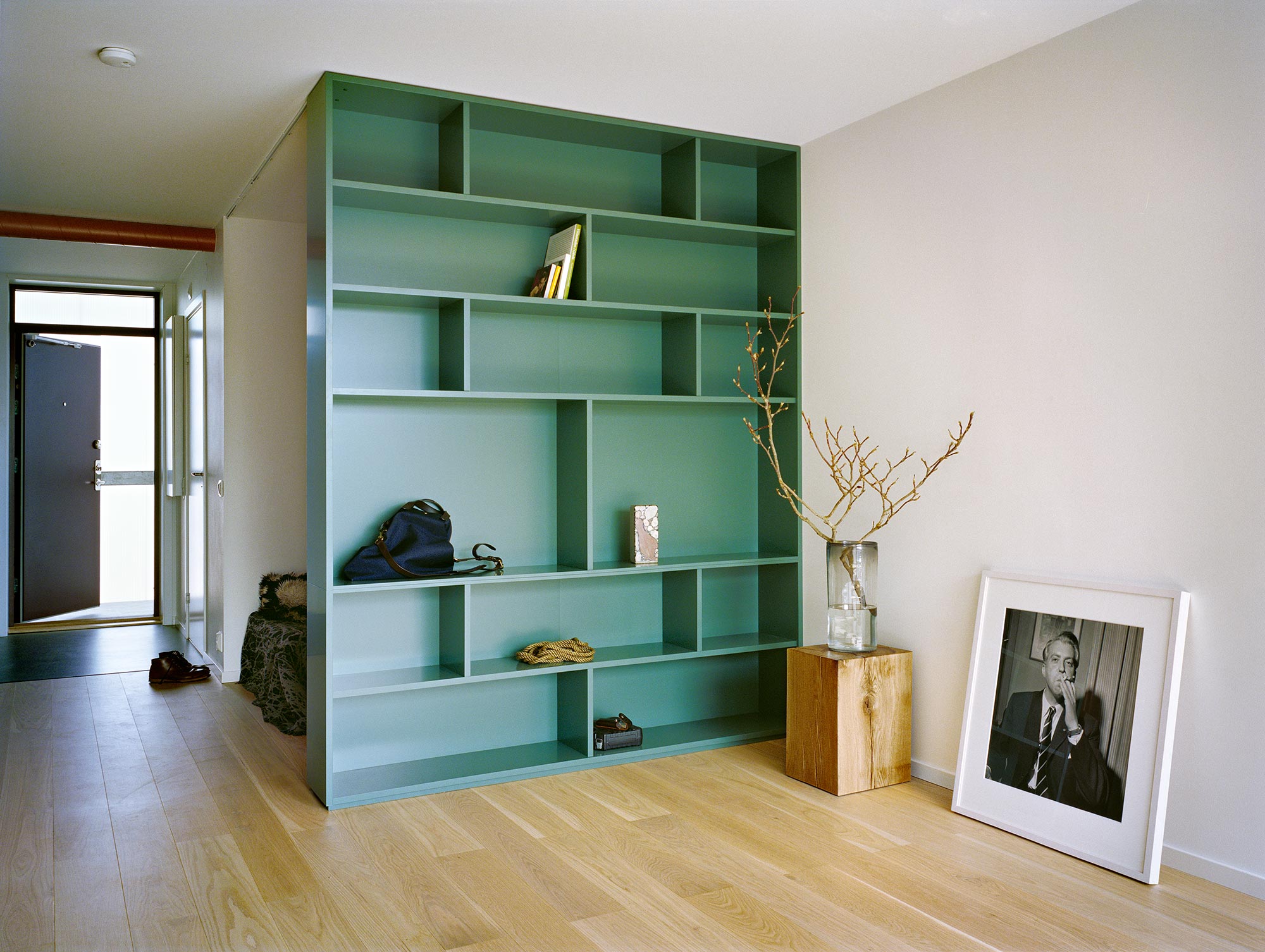 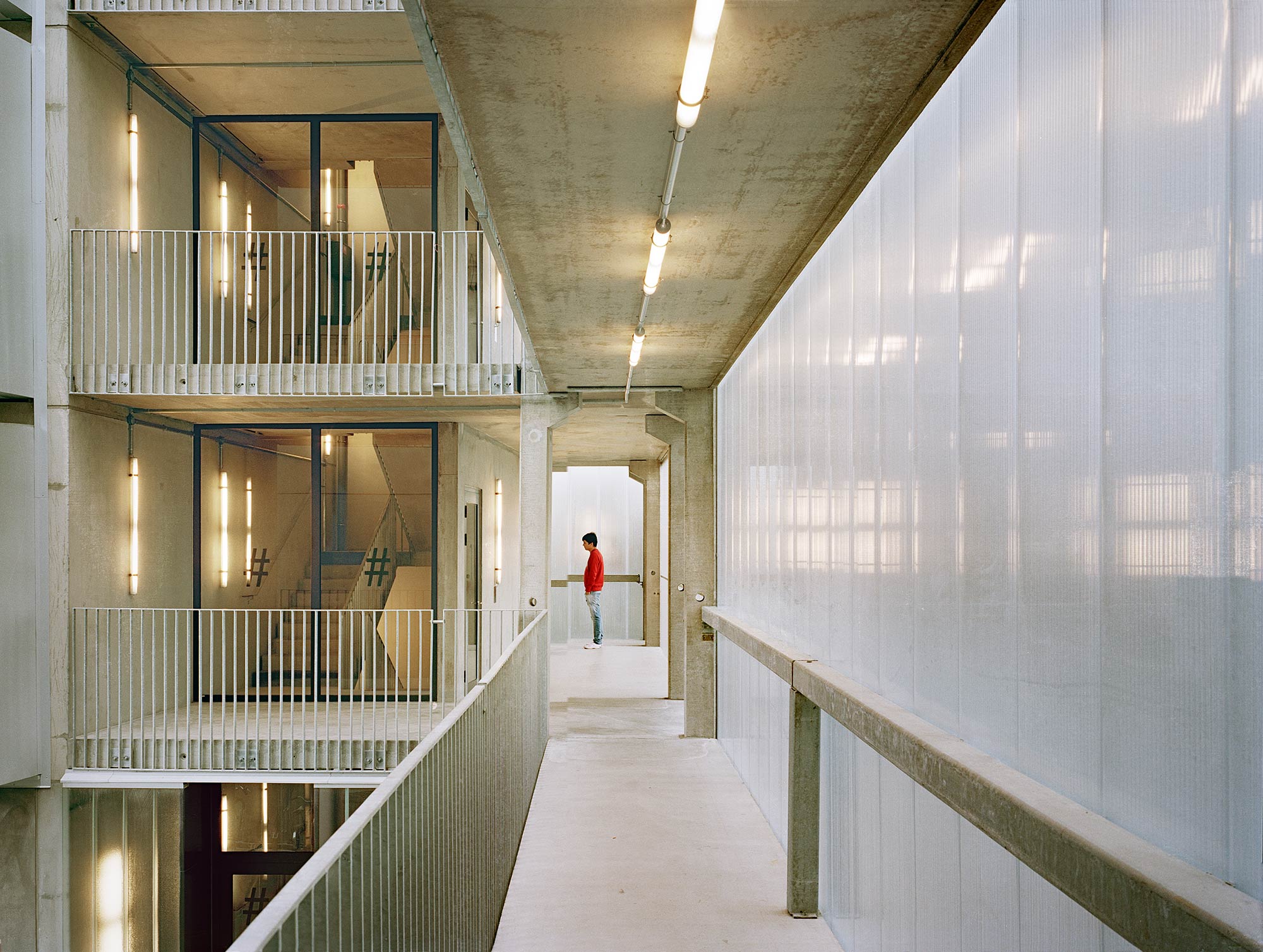 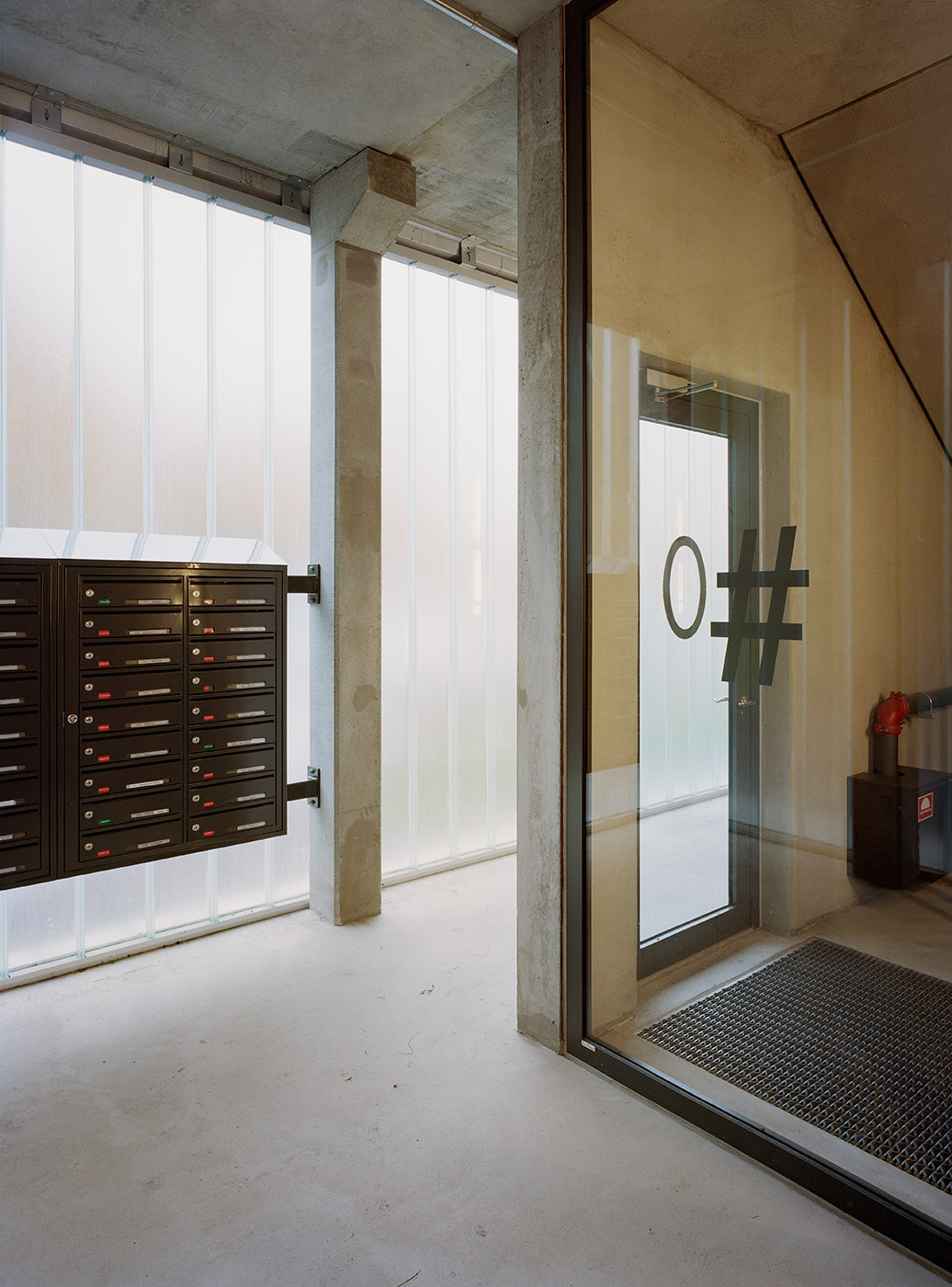 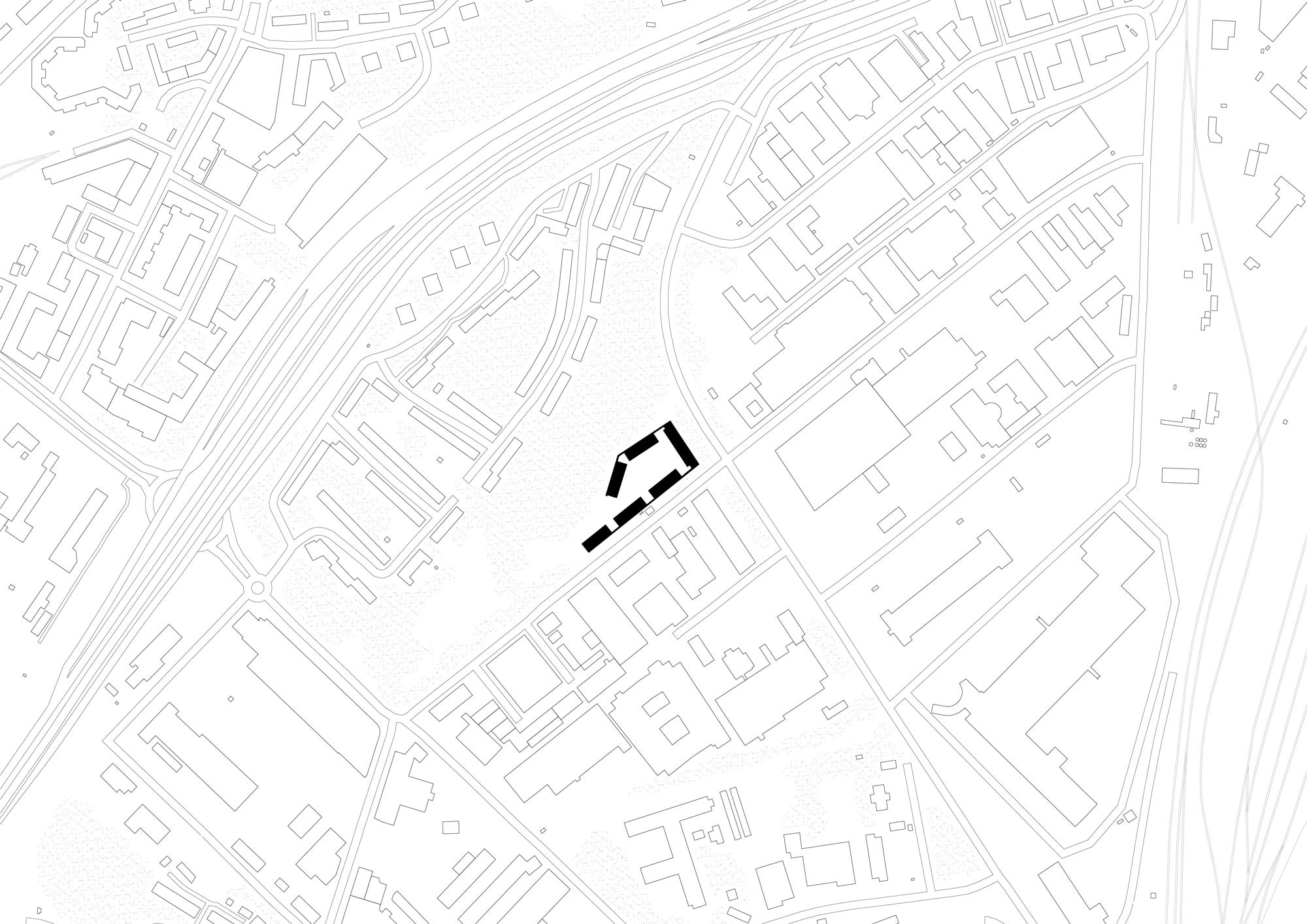 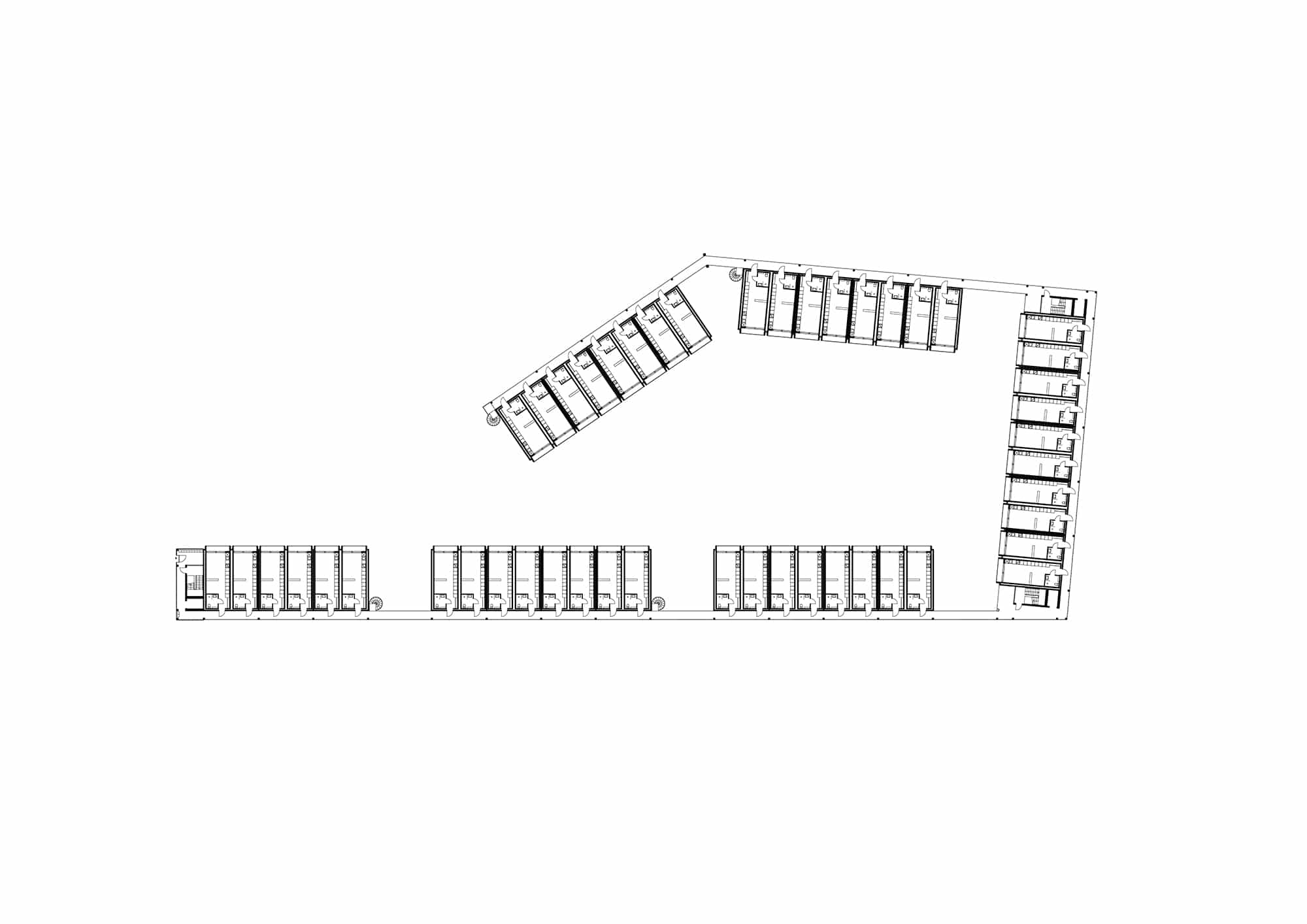 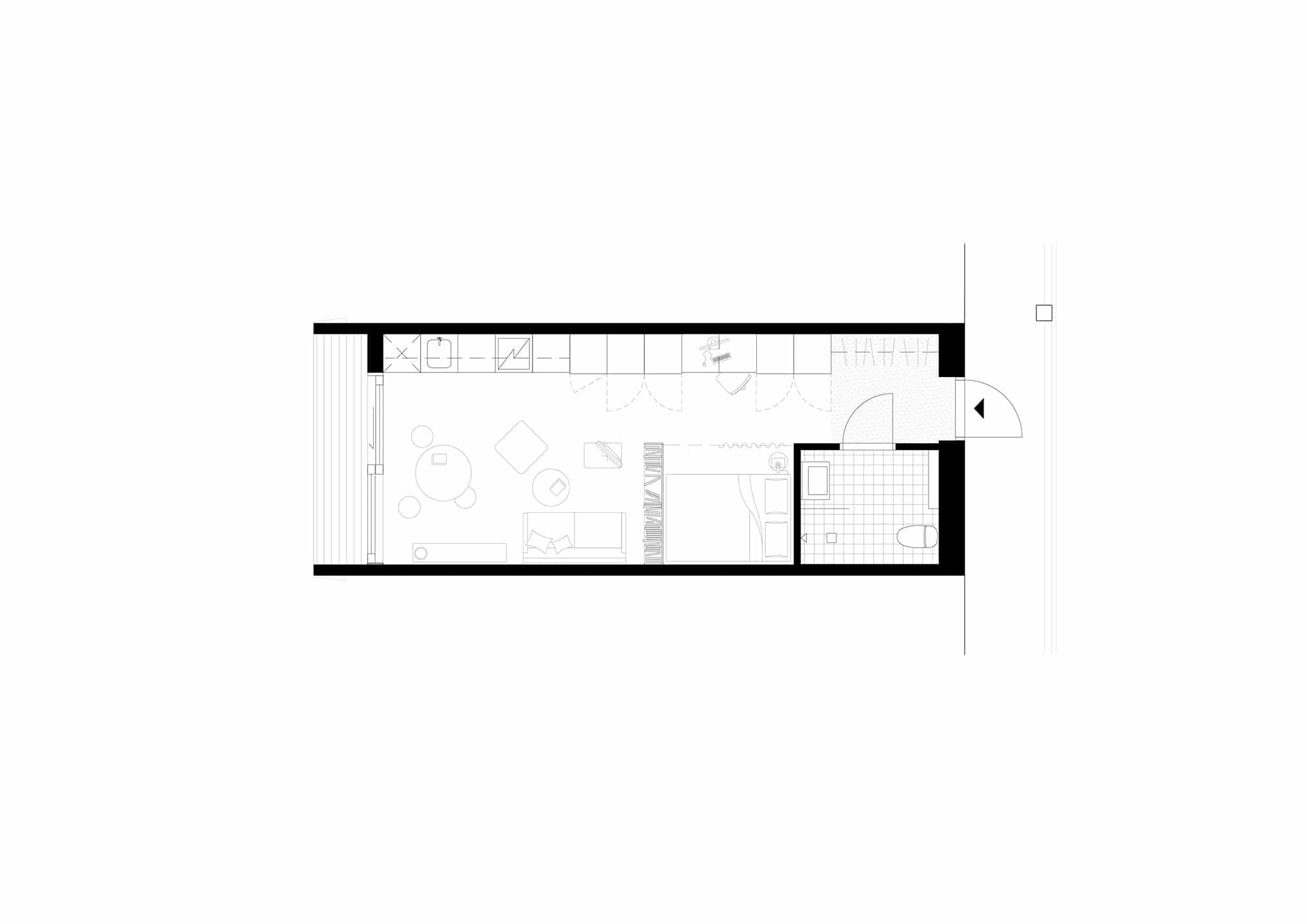 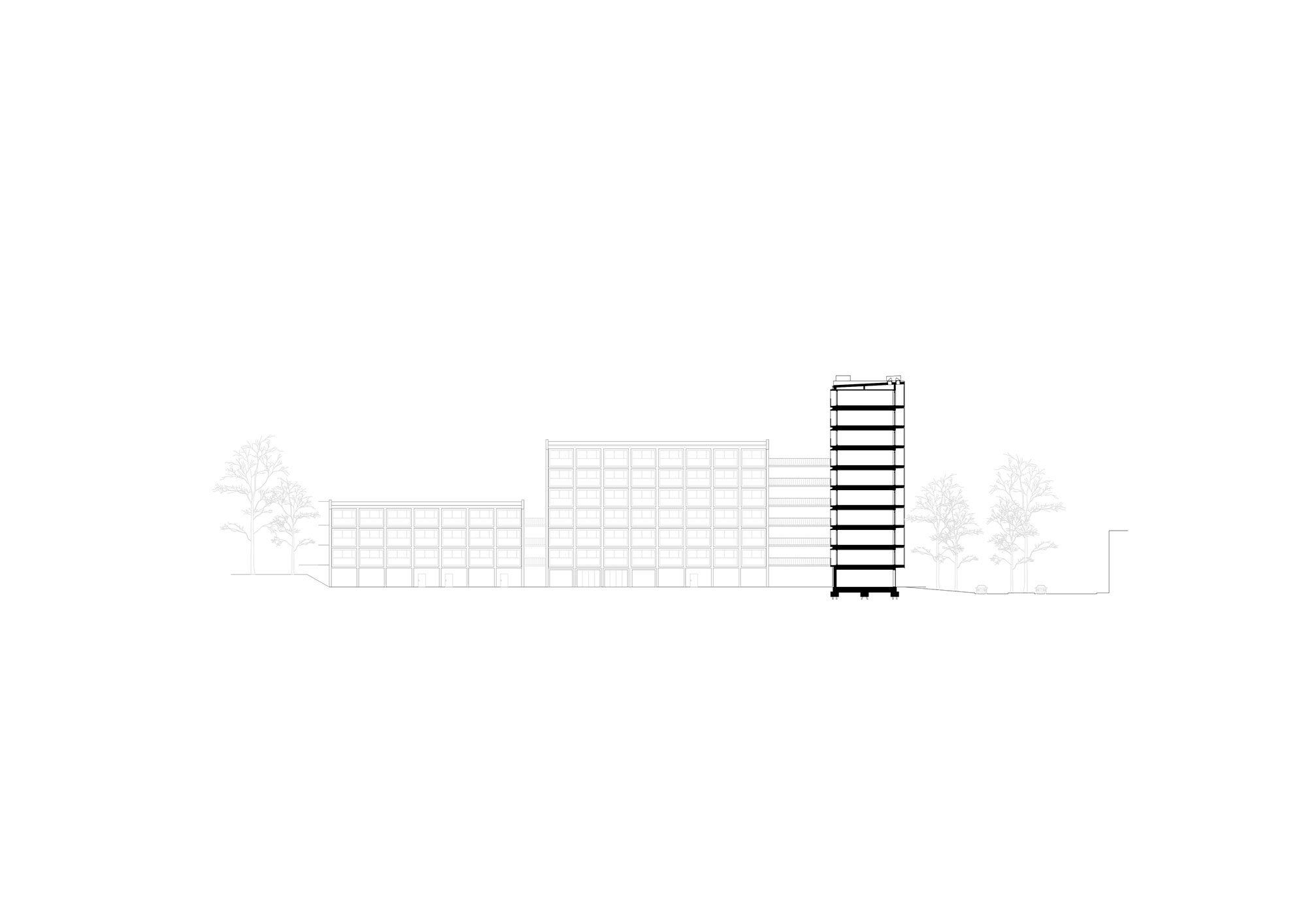 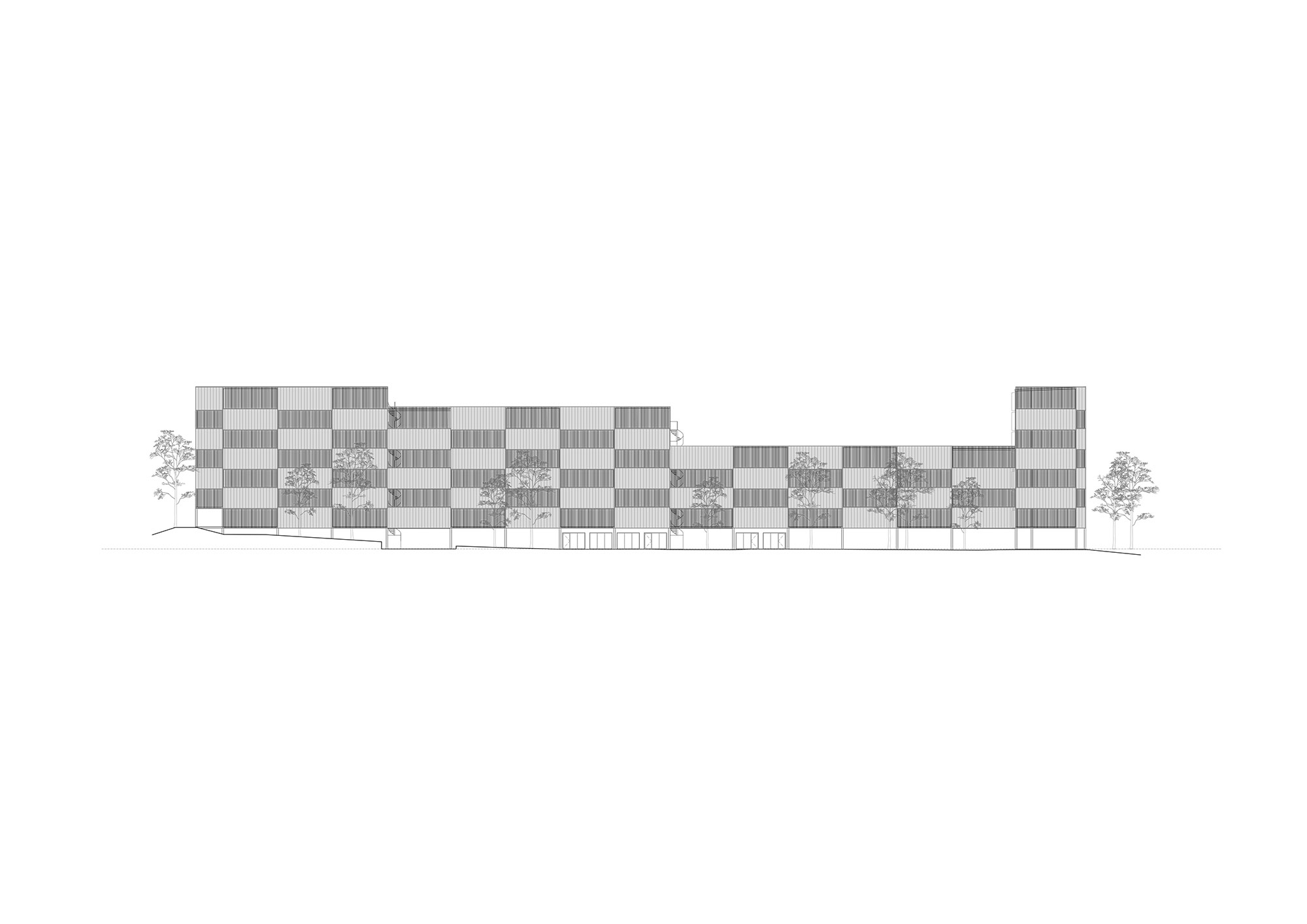